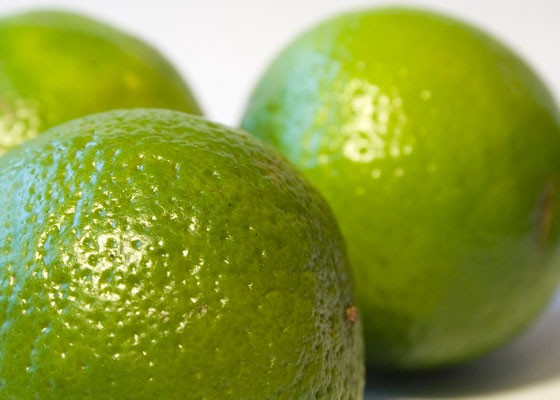 You may have noticed the limes at your local grocery store are a little pricier than usual. Come on, 99 cents for one tiny citrus? Those high prices are hitting restaurants that order limes in bulk even harder. Some 98 percent of the limes eaten in the United States come from Mexico, a place that was hard hit by this winter's polar vortex and has also seen escalating drug-cartel violence.

"Unfortunately, we've just been eating the cost," Mission Taco Joint co-owner Adam Tilford tells us. "We do fresh-squeezed lime juice in all our margaritas and use it in a lot of our dishes. We've been asking if people want one instead of just bringing it out. It's part of our business, so it's nothing we can really get away from."

Tilford says he has tried a few different things, like offering a margarita special with lemon juice to see if customers wanted to try something else, but ultimately Mission Taco hasn't passed the price hike onto diners.

David Choi, owner of Seoul Taco, garnishes each order of two tacos with a lime wedge. Unlike Mission, it doesn't have a bar, so he hasn't been hit as hard. Choi says he's paying about 90 cents per lime and orders probably a case a week.

"We give ours as extra flavoring -- we squeeze the lime on top to get that citrus taste, but it's not implemented in all our dishes," Choi says. "So that helps out, where it's not going to really affect us too much. I could see where it'd be a problem, though."

Across the river, Cleveland-Heath chef Ed Heath is trying to use every bit of the lime possible, though he admits it doesn't always happen.

"We're trying really hard. We're zesting, candying some of the rinds, trying to use some pulp, juicing them for the bar -- trying to get every single drop out of them," Heath tells us. He says prices have been up for at least a month, to the point where he called restaurant friends on both coasts to gauge the climate, as it were.

Unfortunately, it doesn't look like prices will be going down anytime soon. Tilford says Mission has paid as much as $120 per case, whereas it's normally around $40. Heavy rains in some parts of Mexico and draughts in others have hurt the citrus crop. There's bacteria killing plants, too, and some fear it could jump to lime trees in California and Florida. Organized-crime operatives are stealing limes by the truckload, too.

"I love limes and lime juice. It's my favorite citrus," Heath says. "I use it in much of our cooking. It's going be hard to get away from them, but if it becomes this thing where they're expensive and limited, I'll probably back off a little bit and find some alternatives."

Tilford agrees that if things don't change in the next few weeks, Mission may have to come up with a new strategy. Thanks to the weather, even the limes they do get are small and and aren't yielding very much juice.

"Usually around this time of year we do see a spike, but it's never been this high, and it hasn't been for this long. But we usually just hunker down and bite the bullet," he says. "If for some reason it doesn't, well have to figure something out."

Heath says he could see the price spike affecting other citruses, too, as restaurants and customers turn to other fruits to include in things like citrus salads and drink recipes. Don't expect Cleveland-Heath to start using artifical juice, though.

"We don't ever use pre-bottled juices, so we'll never turn to something like that," Heath says, "and I don't imagine Adam will ever, either. He's a creative guy. He'll find another avenue, and we will too."