Mob City Cast Ate at Charlie Gitto's on the Hill 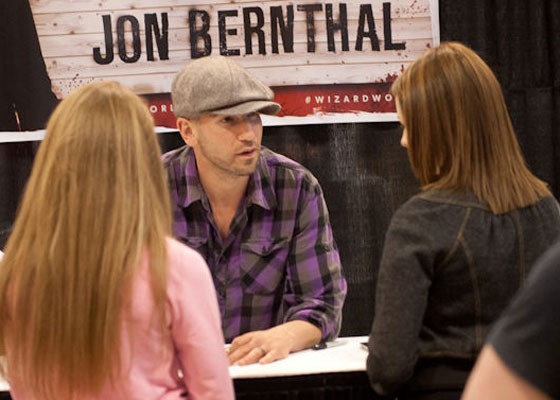 The nerds were out in full force earlier this month for Wizard World 2014. It's basically the Comic Con of St. Louis. Joss Whedon favorite Nathan Fillion helped a couple get engaged; even William Shatner was here.

Several celebs have been in St. Louis recently (believe it or not, it actually happens), and they've taken in our growing food scene. Jimmy Fallon went to Crown Candy Kitchen. Judah Friedlander ordered -- and hated -- Imo's. Alton Brown fell in love with Pi Pizzeria.

And the cast of Mob City? They hit up Italian mainstay Charlie Gitto's (5226 Shaw Avenue; 314-772-8898). Charlie Gitto's, as any good St. Louisan knows, holds one of the claims to the original toasted ravioli.

Actors Jon Bernthal, who was also on The Walking Dead, and Milo Ventimiglia, who was on Heroes, both tweeted appreciations to Charlie Gitto's. The restaurant didn't return phone calls or e-mails, so we can't be sure what they ate, but it was definitely delicious.

Greatest meal in all St Louis MO with the kindest crew at Charlie Gitto's in The Hill. MV pic.twitter.com/HpXJvWCsBP

What St. Louis restaurant would you suggest visiting celebrities check out?