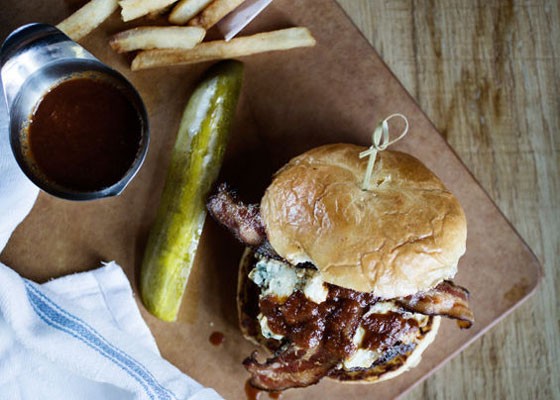 After a successful expansion to Edwardsville, Illinois, Mike Shannon's is joining the game at Lambert Airport. The former Cardinal's restaurant will take over the space previously occupied by Mosaic. Mosaic shuttered its locations in Des Peres, downtown and at the airport in September 2013.

See also: Up to the Mike: Ol' Shannon has done it again -- with a grill in Edwardsville

Shannon says it will be much of the same menu -- somewhat of a Mike Shannon's greatest hits. A new addition will be breakfast to accommodate travelers. She says it has been catering to out-of-towners for 25 years at the downtown location, which serves a lot of convention traffic from the hotels.

"The Cardinals are right up there with the elite, and the history [of the team] is something that's fascinating to a lot of people. My father's collection of memorabilia over the years is something that not just St. Louisans will enjoy," Shannon says. "It truly will represent St. Louis and the love for baseball that we have here in this city, and be able to represent that love to the national and international traveler."

Luckily it's not a complete gut rehab. A filler restaurant is there now, and it will continue to operate until Mike Shannon's opens. Construction crews will work at night so the restaurant won't ever have to close down.

Mike Shannon's will be located in the A concourse near gate 12, available to travelers flying Delta, United and Air Canada. Pat Shannon says she expects an early summer opening.

"We're excited to bring our brand to Lambert," she says. "And like my dad said, he's excited to have a favorite restaurant in the airport! We're really excited. It's a great opportunity for us."

Gut Check is always hungry for tips and feedback. E-mail the author at [email protected] or follow her on Twitter.