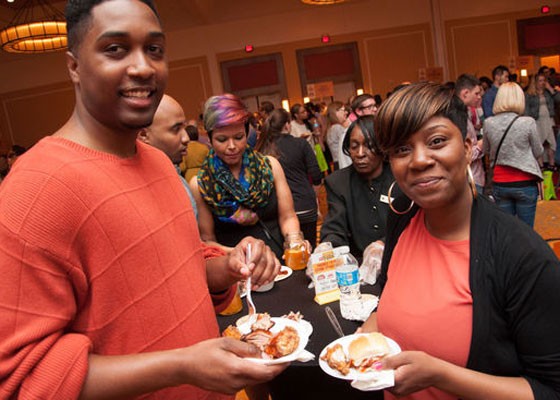 There were 39 topnotch restaurants at Iron Fork last week, armed with samples of everything from spicy savory doughnuts to lobster risotto. There were nearly 2,000 people at the sold-out event. Guests texted their votes to pick the Bite of the Night. And the winner is...

Congrats guys! What was your favorite?