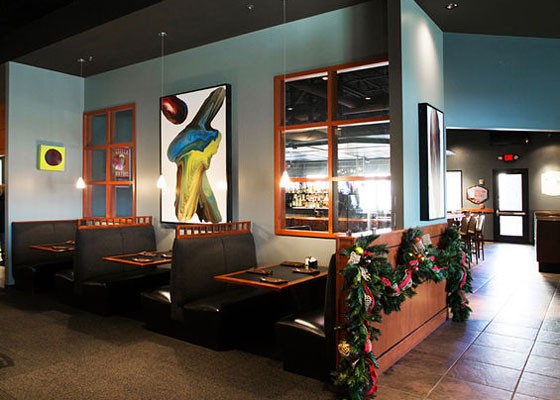 Eleven65 (1165 Technology Drive, O'Fallon) opened in O'Fallon in September. Owned by the Sparks family, the fine-dining establishment opened a few months later than planned and had a chef switch up before the big day. It was a "modernistic interpretation of homegrown dishes and an educated service staff" and is now closed after only five months.

As reported by St. Louis Magazine, Eleven65 shut its doors two weeks ago.

Our restaurant critic Cheryl Baher was a bit confused by Eleven65 (and she wasn't the only one). There were bottles of Dom Perignon on the menus...which were on printer paper. Mother-and-son team Elizabeth and Hal Sparks didn't do much to change the 8,000-square-foot former J. Buck's decor, and that did little to support its upscale pretensions.

As George Mahe notes, Eleven65's Facebook page is defunct, but its website is still up. Calls and emails to Eleven65 were not immediately answered.