The Old Bakery Building has been home to several bakeries over the last century, but in the next year it will transform into a brewery. Husband-and-wife team and Urban Chestnut alums Lauren Pattan and James Rogalsky will open the Old Bakery Beer Company in Alton, Illinois, in 2015.

"We were initially looking to do something relatively small and in St. Louis, but we're both from Alton, and both of our familiess still live there," Pattan tells Gut Check. "We heard about the Old Bakery Building and went to check it out and ended up loving it. It's super charming, and the warehouse-style space is kind of already perfect for a brewery." 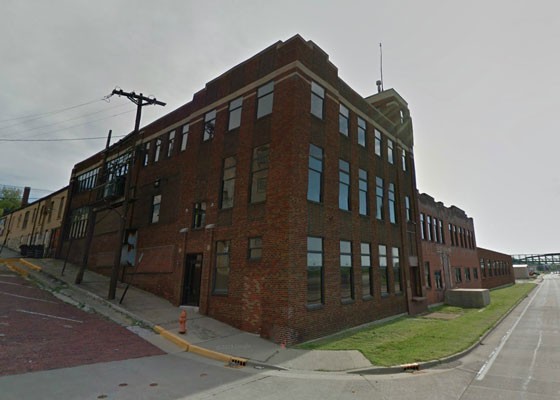 Rogalsky left his post as an assistant brewer at Urban Chestnut in November to build the business plan, get investors and the location; Pattan still works there as the brewery's sustainability and operations manager. The warehouse will operate a fifteen-barrel brewery system as well as a small restaurant that will focus on local food and sustainability.

"It'll be a simple menu, not necessarily a typical brewpub-style menu," Pattan says. "It will be relatively light, interesting takes on seasonal salads, sandwiches, soups and stews so we can keep it simple and focus on the beer."

The ingredients will be local and organic as much as possible, sourced within 400 miles of Alton. Pattan also says the city has a thriving farmers' market, which they plan to frequent. They also hope to develop relationships with local farmers and buy directly from the source.

Even the beer will be as organic as possible, though Pattan says they won't seek official certification -- at least not yet. It's a long and expensive process that they'll probably save until they have a packaged product.

"The focus will be on traditional American styles. A lot will be hop-forward, or at least well-balanced," she says. "To start, we'll have a few things, like the wheat IPA and rye pale ale, and supplement that with a variety of seasonal options."

Most brewery equipment is made-to-order, and the special-use permit is just in the first stages of city government, so Old Bakery Beer is at the beginning of a long road that will, if all goes according to plan, culminate in a 2015 opening.

"People in our parents' generation remember going downtown when they were little and it smelling like bread baking," Pattan says. "We wanted to give a nod to the history of that area. People in Alton will know exactly what you're talking about when you say 'The Old Bakery.'"