Welcome to Sugar High, a new series devoted solely to spotlighting the best ways to sate a sweet tooth in St. Louis. We'll sample the best the city has to offer at restaurants, bakeries and holes-in-the-wall, and provide some insight on how these confections are made along the way. 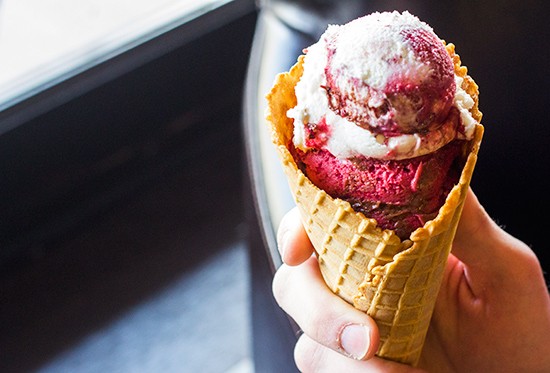 Not that we ever need an excuse to eat ice cream, but the temperature broke 70 degrees this week and such a momentous occasion calls for a bit of warm-weather celebration. Trade in the kettle for a scoop, and have a cup of tea in a totally different way this week by trying the "London Fog" gelato from Gelateria Del Leone (3197 South Grand Boulevard; 314-776-3500).

For the uninitiated, "gelato" is simply Italian for "ice cream." While the term is relatively open to interpretation depending on where you get it, at Gelateria, it means staying as true to the Italian-style frozen dessert as possible. 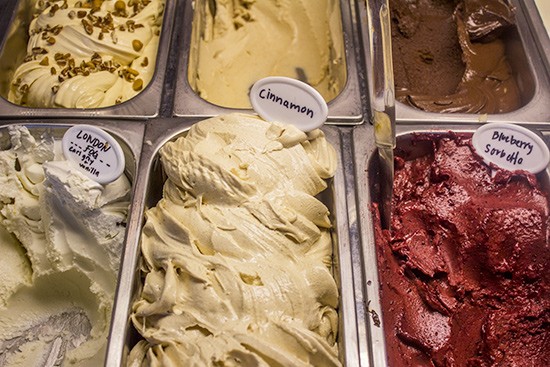 The basic recipe for Gelateria's namesake uses more milk, less cream, less sugar and no eggs compared to its rich American counterpart. Gelato also gets churn-frozen at a slower speed than traditional ice cream, resulting in a less airy and therefore dense product. Overall, gelato is less fatty than custard-based ice creams -- expect a more supple mouth-feel versus the kind that coats the tongue.

"Overall, it's a little better for you than regular ice cream," says manager Caitlin Macri. "It's served in small sizes because a little bit goes a long way.... It has less fat and less sugar, and you end up eating less. It's a pretty ideal dessert, I would say." 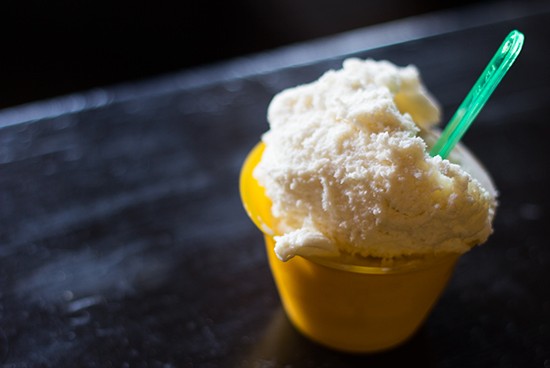 Gut Check's inclined to agree. "London Fog" gets its distinct flavor from housemade vanilla and a nice long steep from smoky Earl Grey. Its light, versatile essence comes off subtlely, and it pairs well with chocolate and fruit flavors. Customize your own in a cup or cone -- no need to eat it with your pinkies up (unless you want to).