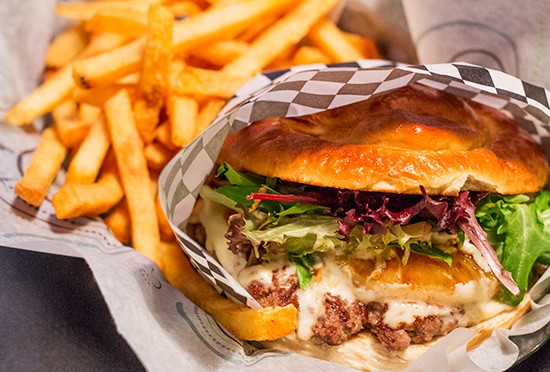 The colorful Burger, INK food truck -- unmistakable in its rambunctious tattoo-themed glory -- is on sale via Craigslist, but not necessarily because the company has gone out of business. On February 8, chef/owner Josh Lemmon opened the Tattooed Dog (403 Luetkenhaus Boulevard, Wentzville; 636-887-2178), the second business under his umbrella company, Ink Eateries. Because of an overwhelmingly positive response, he and his wife Tara decided to give up the truck to instead focus on leaving a permanent mark on Wentzville.

Lemmon rolled out Burger, INK in the spring of 2012, while completing the culinary program at Le Cordon Bleu. The nine specialty burgers that made up the food truck's menu also appear at the Tattooed Dog. In fact, visitors can read all about them on the entire length of the far wall covered in colorful, artfully chalked descriptions. 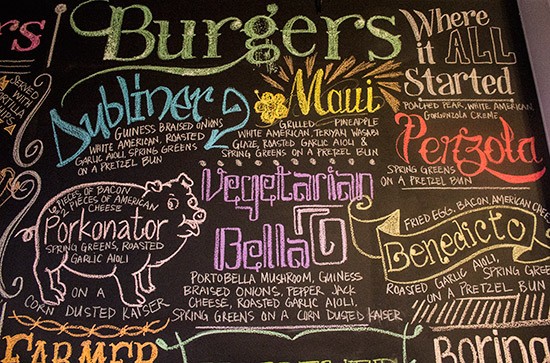 Besides the especially eye-catching menu, the Tattooed Dog takes on a fairly minimal design, with a couple paintings hung here and there alongside framed portraits of rock stars. Lemmon describes the the overall feel as laid-back upscale dive grub, attracting patrons of all ages. He also intends to construct a patio on the side of the building where the restaurant will host an acoustic band once a month.

With a dedicated kitchen rather than the usual commissary at his disposal, Lemmon added plenty more options to his usual list of offerings, including sandwiches and salads. He notes two of his favorite items: the "Maui" burger and the "Hot Chicken Pancake" sandwich, with fried chicken marinated and slathered in hot pepper aioli between two apple pancakes.

Appetizers include "Inked Nachos," which are smothered in a blend of cheese, black olives, jalapenos, refried beans and "twisted" sour cream as well as pork chili verde. Alternatively, opt for an enormous plate of loaded housemade fries in options including chili cheese and buffalo chicken. For dessert, choose from bananas foster or a deep-fried "Blueberry Roll-Up" served with vanilla ice cream. 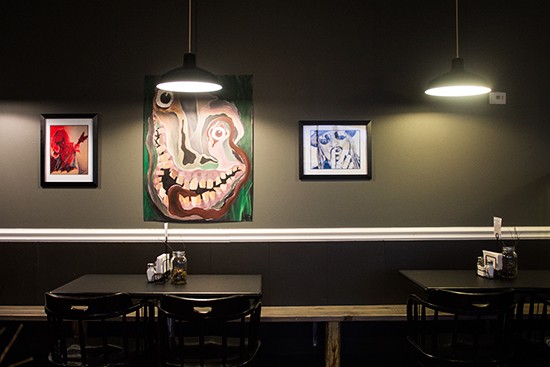