STL 250 Honors St. Louisan Irma Rombauer and Her Book The Joy of Cooking 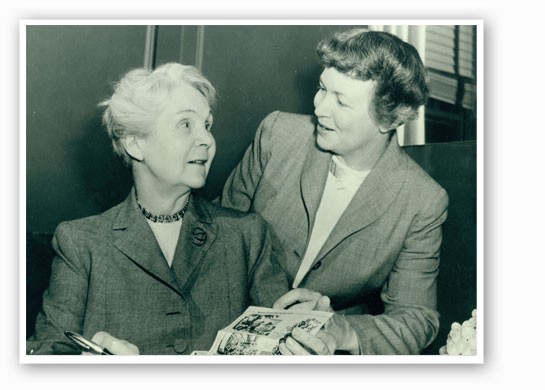 The Joy of Cooking is one of the most influential books of the 20th century and the best-selling cookbook in American history. You probably have it on your shelf, or at least your mom does, and every copy is a little piece of St. Louis history. For our city's 250th birthday celebration, the Missouri History Museum (Lindell Boulevard & DeBaliviere Avenue; 314-746-4599) chose 50 St. Lousians who represent our varied history, and one of them is none other than the original author of this storied cookbook, Irma S. Rombauer.

See also: Bite at the Museum: The Missouri History Museum exhibits a trove of lunches and brunches

"She's kind of a shocking [inclusion] because she's probably affected more people than anyone on that list, but you would never think of her," Missouri History Museum public historian Andrew Wanko tells us. "Everyone in the U.S. and probably around the world have heard of The Joy of Cooking, but to find out she's a St. Louisan?"

Rombauer was born in St. Louis in 1877; her father Max von Starkoff, a wealthy doctor, and her mother emigrated from Germany. She had a flirtation and a substantial epistolary relationship with Indianapolis writer Booth Tarkington (one of only three novelists to win the Pulitzer Prize for fiction more than once), but her family opposed the marriage. She married Edgar Rombauer, the son of a St. Louis judge, in 1899.

Irma wrote her seminal cookbook in 1930 after Edgar committed suicide. Their two children, Marion and Edgar Jr., were almost out of the house, and she was left without a way to make a living.

"For someone used to being in high society circles, it was a huge change in lifestyle," Rombauer's great-grandson John Becker tells us. "Despite the odds, she decided to take $3,000 of her own money and embark on the cookbook."

Rombauer solicited recipes from many of her friends from civil women's organizations like the Women's Alliance and the Wednesday Club. This was a time when many middle- and upper-class families were transitioning from employing servants and cooks to doing the work themselves; many had no idea how to cook. Enter The Joy of Cooking. 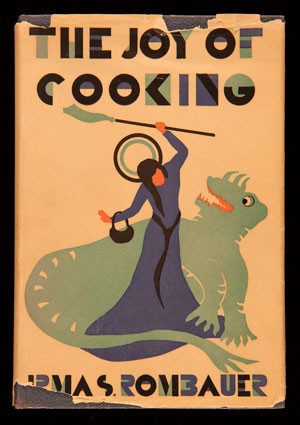 "People were confused and didn't know how to get started. They were simple recipes with all the ingredients listed out and using humor to ease the tension with people who had never cooked before," Wanko says.

The first edition came out in 1931 with the style of recipe we are used to today -- a list of ingredients, followed by instructions. The 1936 edition was published with what Becker calls Rombauer's "stroke of genius," the action method. The ingredients were included seamlessly within the instructions, so you wouldn't have to go back and forth to get measurements.

Becker's grandmother, Marion, took over The Joy of Cooking in the 1960s after Irma passed away. The influential 1975 edition included things like making your own tofu, the use of soy milk and what we would now call gluten-free recipes.

"Irma grew up in a time when it wasn't expected for young women to attend college. She was right on the cusp of that cultural change, but Marion was definitely a part of that," Becker says. "She went to Vassar, and she brought a very modern, completest approach to things. She had huge amounts of reference information added."

Becker and his wife are still a big part of The Joy of Cooking; the latest edition was released in 2006. He'll be at the history museum on Wednesday, March 5, at 7 p.m. to talk about Irma, Marion and The Joy of Cooking.