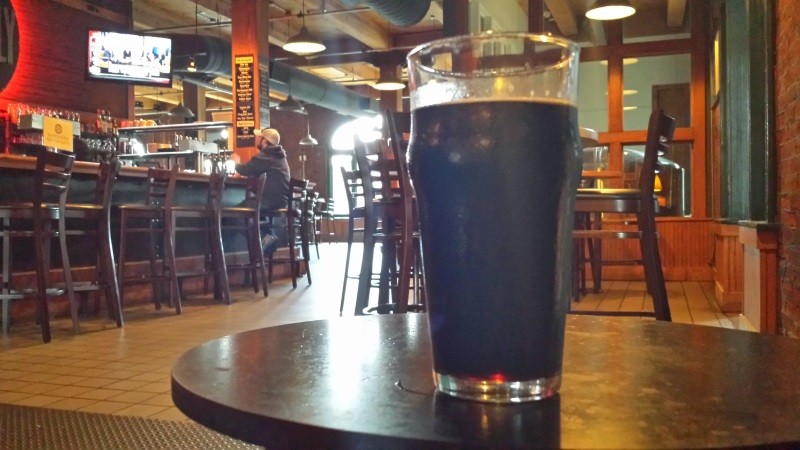 Welcome to "Draft Pick," a column by Gut Check contributor and craft-beer aficionado Richard Haegele. Each week, Richard will profile the most exciting new draft being poured in St. Louis, how it was made and where you can find it.

Initially touted as nutritious beer in the early 20th Century, milk stouts are brewed with lactose -- a milk sugar. Yeast generally loves sugar, which drives fermentation, but it doesn't particularly care for lactose. As a result, the lactose makes it into the final product, and imparts sweetness and creaminess to the beer.

The British government eventually wised up on the nutrition claim and prohibited brewers from using "milk" in the name, so the brewers started calling them sweet stouts, cream stouts, and other names that evoked milk or dairy. While modern U.S. brewers do not face such restrictions, some still use these alternate names.

Schlafly bills their milk chocolate stout as a sweet stout aged on cocoa nibs and vanilla beans. They tapped it at both locations last week, just in time for Valentine's Day, so Gut Check stopped in at the Tap Room to partake of this "highly nutritious" beer.

As the bartender handed over our pint, we caught a whiff of rich, chocolatey aroma. Whereas most chocolate stouts tend to occupy the darker side of the chocolate spectrum, this one definitely lives up to its name, tasting almost like a milk chocolate bar. The beer has an incredibly smooth, creamy texture and a well-hidden 6.6 percent ABV. Be careful with this one.