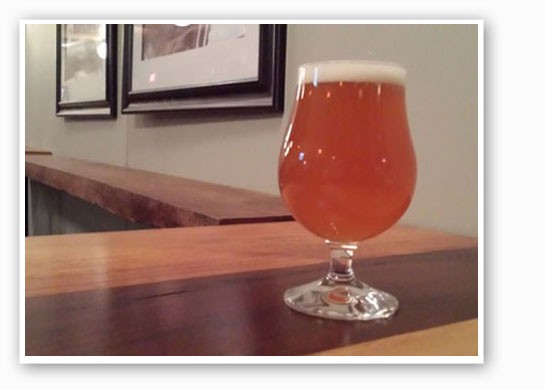 Welcome to "Draft Pick," a column by Gut Check contributor and craft-beer aficionado Richard Haegele. Each week, Richard will profile the most exciting new draft being poured in St. Louis, how it was made and where you can find it.

Oh, IPA is IPA, and Brett beer (fermented with Brettanomyces yeast) is Brett beer, and never the twain shall meet. Usually.

A small but growing number of breweries, however, have been making IPAs fermented exclusively with strains of the Brettanomyces, a wild yeast typically associated with Belgian styles like lambics and saisons. Perennial Artisan Ales (8125 Michigan Avenue; 314-631-7300) recently tackled the style with the latest entry into its IPA series, IPA #8.

Perennial described the beer as a "juice bomb bursting with citrus and tropical fruit," fermented with a blend of two strains of Brett, and hopped with Centennial, Simcoe, and Citra. Curiosity thoroughly piqued, Gut Check made our way to the tasting room for a tulip full of it.

IPA #8 pours a golden-orange color with a fluffy white head, and has a muted citrus aroma. The fruity American hops initially jump out in the taste, but they quickly give way to a tangy, mild funkiness from the Brett. The interplay between the hops and the yeast make this an truly interesting beer.