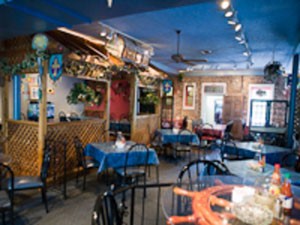 Graham's Grill & Bayou Bar (612 West Woodbine, Kirkwood) will soon be resurrected by a new generation. After the Kirkwood neighborhood favorite closed December 31, we heard that owner Dan Graham was passing the torch to his kids. Son Devin Graham confirmed to Gut Check this week that he and his sister Alison will indeed be opening a new restaurant at 612 West Woodbine.

Dan and his wife, Pam, opened the Creole-themed restaurant seventeen years ago and announced in December that they would be retiring. Devin says it's too early to reveal much of anything -- they haven't even got a name pinned down, much less the entire menu worked out.

"I don't want to give too much away right now," Devin says. "It's the same space, but new name, new concept, new menu."