Critic's Notebook: The Precinct Hopes to Win on Appeal (with a Menu Overhaul) 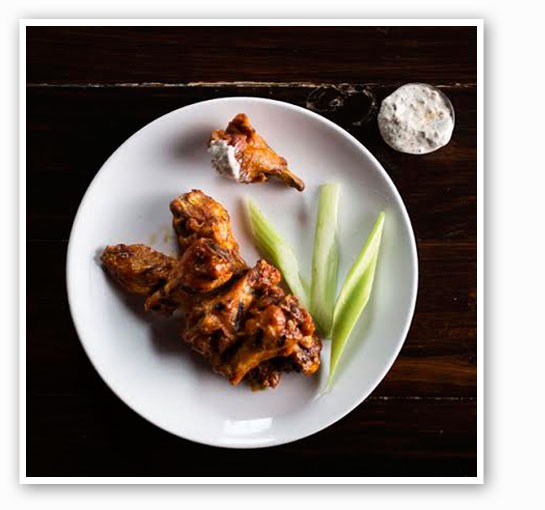 In this week's review, I found the Precinct (1900 Locust Avenue; 314-588-8899) guilty of many crimes against food. Although the sting of a negative review is unpleasant, I got the feeling after speaking with owner Mark Winfield that it was some expected rain on an already unpleasant parade.

When Winfield and Edmonds rebranded the former Jim Edmonds 15 Steakhouse as the Precinct, they thought it would be a fun idea to call themselves "the safest bar in town" and play around with the cop theme. Now it appears this branding has come back to bite them.

"People think of us as a cop bar," Winfield says. "Ninety-nine percent of our clientele are not cops. People say that they don't want to come down here and drink with a bunch of cops, but that's not how it is. Sure, I have buddies who are cops, and they hang out down here, but you'd never know it. Except for the fact that they can drink more than all of us."

The irony of this situation is that the very clientele who prospective diners are shying away from haven't even moved into the neighborhood. Although Winfield says that things are going "better than expected," the delay in the St. Louis Police Department's relocation to its new headquarters has been a hit for the Precinct. Still, he tries to stay positive. "It is what it is. We ran into stuff when we renovated our space, and it's only twenty percent of the size of the building they are dealing with."

Then there are the food issues. Winfield did not explicitly note that the food was sub-par (with the exception of the Italian beef sandwich. "It's an old family recipe that is better at my house," he said. "We have to fix that."), but he explained that the Precinct is in the midst of a menu overhaul. "We have some big changes coming to the menu in a few weeks," he says. "The biggest thing is that we are adding pizzas. We have a new sandwich that is ham and cheese on a glazed doughnut, and we are adding some sampler platters and a drink menu." Things like the chicken and waffles sandwich and the chicken wings will stay, as they are some of the most popular items, but the weak sellers, like the entrees, won't make the cut. (I have to note that this makes me a little sad; the kielbasa entrée was really tasty.)

Winfield looks forward to some warmer weather and the new energy that the police headquarters will bring to the area. "We are redoing our patio, launching a washers and bag league. We think that baseball season will be good to us. This winter has been really tough."

Will the warmer weather and revamped menu be enough to expunge the Precinct's record? Only time will tell.