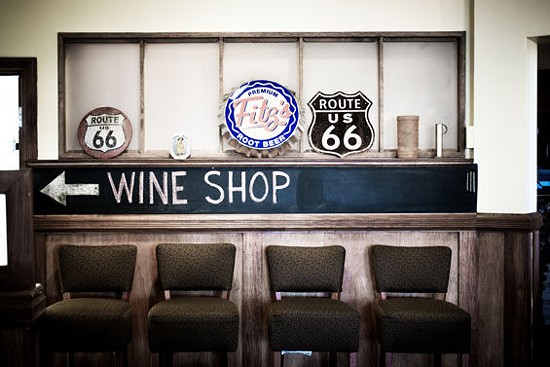 John Nash does not understand why people are scared of pairing wine with barbecue. "People freak out, but think of Spain. The food is spicy and full of big flavors -- just like barbecue -- and they drink wine with everything."

After nearly three decades at the Wine Merchant, the business he founded in 1992, Nash took over the wine department at Starr's last August following a soured relationship with his former business partner. Nash won't disclose the details (there was a lawsuit, a settlement and a one-year non-compete), but suffice it to say, the Wine Merchant's loss is Starr's gain. The two former competitors are now on the same team.

Now, Nash finds himself at the helm of the city's oldest operating wine shop, rekindling relationships with his former customers, beefing up Starr's already fantastic cheese case and making suggestions on what bottle to bring over to Bud's Smokehouse & Grill (1135 South Big Bend Boulevard, Richmond Heights; 314-781-2345). A great perk of Bud's being adjacent to Starr's is that patrons can bring over bottles from the wine shop to have with their dinner for a nominal corkage fee.

"When pairing wine with barbecue, look for wines that do not have a lot of structure," Nash says. "Don't reach for Cabernet. I love Pinot Noir with barbecue because of its texture and fruit. Spanish reds usually work, as do wines from the south of France, like Cotes de Rhone."

I also asked Nash if the Pappy Van Winkle rumors were true -- that owner Bud Starr has a stash over at his smokehouse that he breaks out for his customers to pair with the barbecue. Nash laughed, "I think he may still have some over there."

Pappy Van Winkle is notoriously difficult to come by. Bottles that retail for $100 to $200 are auctioned on eBay for thousands. Its legendary status was solidified last October when 230 bottles -- about $26,000 worth -- went missing from the Buffalo Trace distillery. There's still a $10,000 reward being offered for tips on the heist.

According to Nash, Starr's had some allocated to it this year, and he and Starr debated how to handle it. "We thought about doing a lottery, but we knew that would upset people. Bud decided to throw it in the restaurant and sell it for $5 a shot."

You won't want to sleep through that deal.