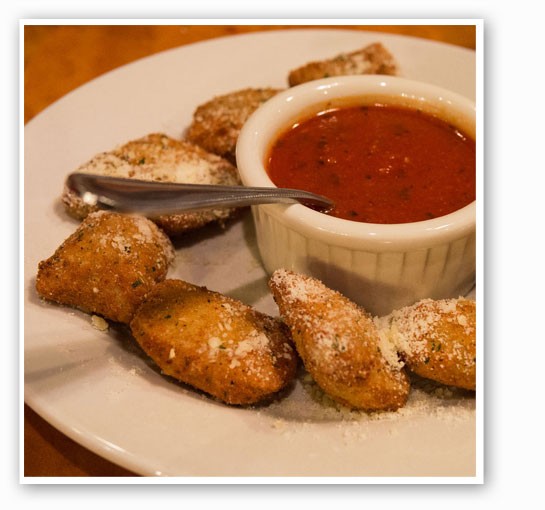 It's an ongoing battle to claim the original St. Louis toasted ravioli. Restaurant Impossible participant Mama Campisi's maintains it is the home of the original t-rav, as does Charlie Gitto's on the Hill. Either way, both legends revolve around the Oldani family. Strike another point for Charlie Gitto's though: Thrillist named the restaurant's toasted ravioli on its list of 33 iconic American foods.

The toasted ravioli is up there with real icons like pastrami at Katz's Deli in New York and chicken and waffles at Roscoe's in Los Angeles. Do you think Charlie Gitto's deserves the title?

Charlie himself, through PR spokeswoman Tracey Wiltshire, told us that he was, of course, honored to be included on the list. "Charlie Gitto's is the birthplace of the original toasted ravioli, 34 years ago. It's handmade," he said. "We are honored to be in an elite group representing St. Louis restaurants."

Well, there you have it. Do you think Thrillist got it right? You voted Rigazzi's the most overrated t-ravs, so at least that wasn't Thrillist's choice. Or should toasted ravioli even represent our city at all? Sound off in the comments -- what's St. Louis' most iconic food?