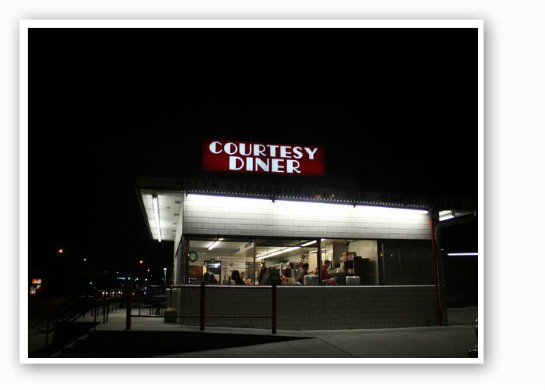 There are plenty of national chain restaurants in St. Louis, but go to any Midwestern city and you'll find a similar selection. Locally-based chains, however, are unique -- places we can claim as our own, and that usually end up defining (like it or not) St. Louis' culinary identity. Here's a list of some of our favorite restaurants with local origins that are doing their part to de-stigmatize the word "chain."

Courtesy Diner (three locations) Now that a third Courtesy Diner has officially opened, it's clear that world domination is on the horizon -- that Dr. Dan Drake, the pancake guy, is now a minor celebrity is exhibit A. This late night, greasy spoon institution has cured many a hangover, serving slingers with glee. Sit at the counter after midnight and you're guaranteed to overhear an interesting (ahem, drunken) conversation and enjoy ridiculously good diner food.

Lion's Choice (multiple locations) In every way possible, Lion's Choice is way better than Arby's. The chain's signature roast-beef sandwich is technically fast food, but it doesn't taste it: tender and juicy, with thinly sliced beef that practically melts on the tongue. Founded in 1967, you can choose from over 23 different locations, all serving real-deal roast beef. 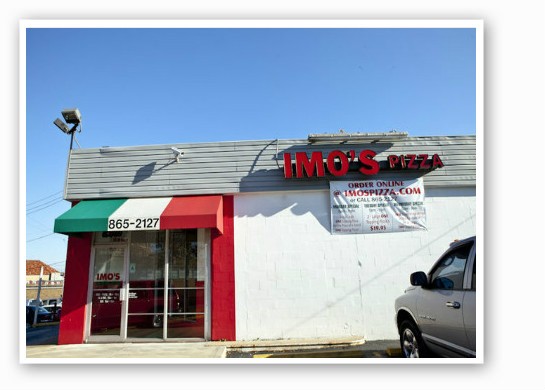 Imo's (multiple locations) "The square beyond compare" has come to represent either the best or the worst of St. Louis. Imo's has peddled its Provel cheese (a special blend of cheddar, provolone and Swiss) since 1964, and developed a rabid following along the way -- even Jon Hamm swears by it. Yes, lots of people hate the thin, cardboard-like crust covered in gluey cheese -- we get it. But the fact of the matter is, with over 90 stores and legions of devotees, Imo's clearly knows what it's doing.

St. Louis Bread Co. (multiple locations) The rest of the world might call it "Panera," but St. Louisans know that Bread Co. is the original, serving fresh baked goods, wondrous soups and delicious sandwiches. The selection has something for everyone, whether you're trying to keep a trim waist or recklessly downing an enormous freshly baked pastry. 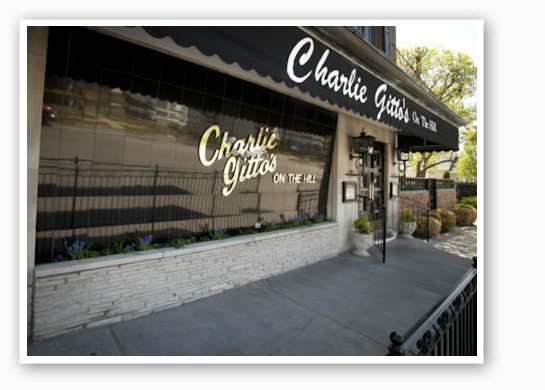 Charlie Gitto's (three locations) The Hill is synonymous with excellent Italian cuisine. It makes sense then that Charlie Gitto's has extended its reach to the suburbs as well as downtown, pushing back again the Olive Gardens of the world. For more than 30 years Charlie G's has been cooking up huge plates of old-school St. Louis-style Italian food -- fried calamari, served with a citrus chipotle mayo sauce, or tenderloin Siciliano: a buttery cut of beef two inches thick, smothered with Provel and mushrooms.

Cecil Whittaker's Pizzeria (multiple locations) Though often overshadowed by Imo's, Cecil Whittaker's likewise specializes in St. Louis-style pizza. Their signature is throwing some mozzarella and Colby into its Provel cheese mix -- the result is a slightly sweeter cheese only perceptible to connoisseurs. With origins stretching back to 1983 down in south county, Cecil Whittaker's has expanded out to 25 locations around the St. Louis area. Of course, to go along with your pizza you can grab toasted raviolis or buffalo-style chicken wings.

Over the past few years Llywelyn's has branched out from its original Central West End location to Webster Groves, Soulard, St. Charles, WingHaven and Wildwood. With a wide selection of draught beers from around the world and some of the best pub food in the city, it's become a go-to spot for neighborhood residents, lovers of fine imported brews and young weekend bar-hoppers alike. Unique features at the Central West End location include an expansive beer garden and the "Loft," a separate bar area complete with a cozy lounge.