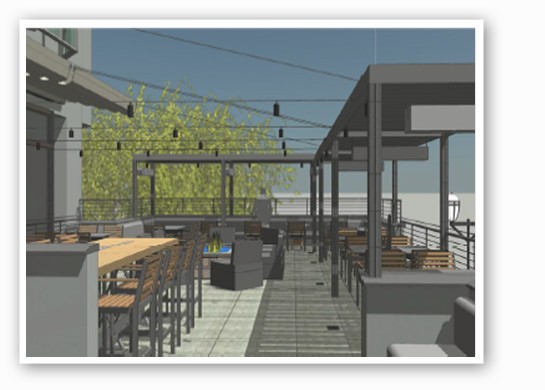 Last week we reported that despite a seemingly lucrative piece of real estate, Edmonds Parkside Grill would not be opening in Clayton. Instead, co-owner Mark Winfield told us, he was focusing on his other venture with former Cardinal Jim Edmonds, the newly rebranded Precinct. However, there have been reports that negotiations between Edmonds Parkside Grill and the building's landlord, the Koman Group, are still ongoing.

The Post-Dispatch received a letter allegedly from the Koman Group, which said that it would "continue to work with our tenant toward opening the restaurant as quickly as possible." We spoke to Winfield, and he denies that there are any plans for the restaurant at this time.

"As of right now, we are not moving forward," he tells us. "That doesn't mean something might not change in three weeks, but as of today we are not in discussions for a restaurant there." But what would be change in the next three weeks? "I have no clue with these real estate guys. That's the only thing I can say. As of right now, we are not actively seeking a restaurant there, unless something changes," Winfield says.

Calls and e-mails to the Koman Group were not immediately returned.