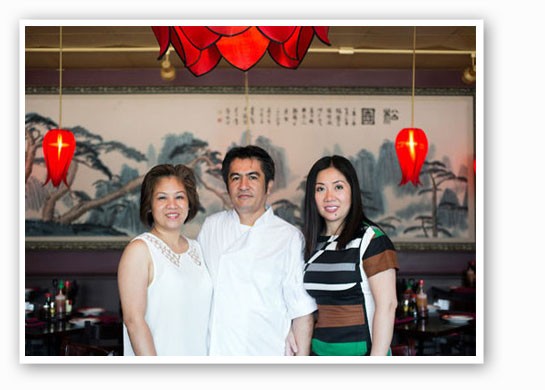 It's unclear what this means for Mi Linh. Our restaurant critic Cheryl Baehr named its butter-garlic chicken wings one of the best dishes in town, but they were undoubtedly the brainchild of Nelson. Dee-Dee told us back in August that he studied under an old Chinese "wok master" in New York and then began experimenting with techniques.

We put in several calls and e-mails to Dee-Dee, before getting a call back from Kim Anderson, Mi Linh's marketing associate. She tells us that Nelson and his wife left to deal with family issues unrelated to Dee-Dee and Mi Linh.

"The regular kitchen staff filled in for a while. It's not been a whole lot different than it was. Dee-Dee and the restaurant just didn't think it was a big deal," Anderson says. "The timing was unfortunate."

She also says that the Facebook account which made the announcement is run by "one of the kids" and directed us to the new, "official" Mi Linh Facebook page here. Anderson was unsure whether Dee-Dee will be hiring a new chef.

Later, Anderson sent us a statement from Mi Linh:

We are also sad to announce the departure of Nelson as our executive chef but are proud to say that Mi Linh has been able to run smoothly through the transition and has enjoyed a steady increase in patronage and some wonderful reviews by critics and the community.

Our kitchen has been invigorated by the changes we are implementing and we continue to be grateful for the overwhelming support we have received from Rock Hill and the surrounding St. Louis area.

We have been unable to get in touch with either Nelson or Tu.