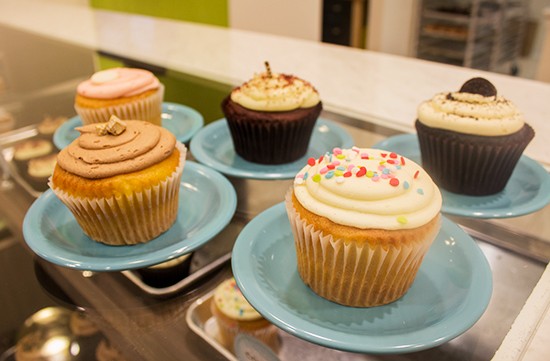 As reported in late December, the Cup recently opened another location in Chesterfield in addition to its Central West End and Edwardsville, Illinois, stores. The cupcake and sweets shop sits in a plaza on Clarkson Road. Keep reading to get a look into inside.

Patrons already familiar with the Cup's trademark treats will find the same baked goods they know and love at this new location, perfectly portioned and topped with a substantial little swirl of American-style buttercream and simple decorations to help denote the flavors within.

Each medium-sized cupcake costs $2.95, with classic flavors consistently on the menu every day alongside a rotating cast of featured and seasonal flavors. Classics include the "Tuxedo" with chocolate cake and vanilla buttercream and the "Cuppa Coffee Cake" made up of sour cream coffee cake and cinnamon streusel topping.

Current seasonal specials range from day to day, including the likes of raspberry, pumpkin and carrot cakes. Additional options include a "Cakewich," gelato and frosted sugar cookies, with drinks including coffee, tea and chai tea lattes. 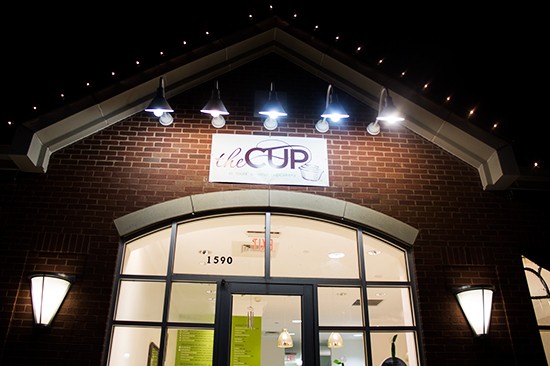 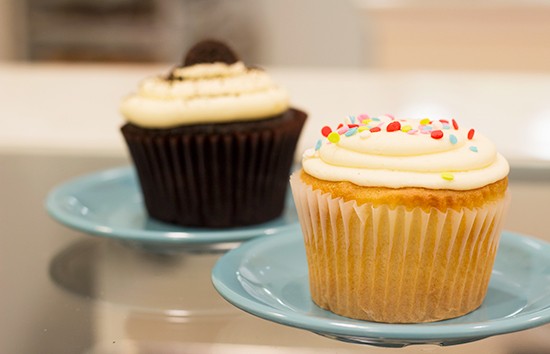 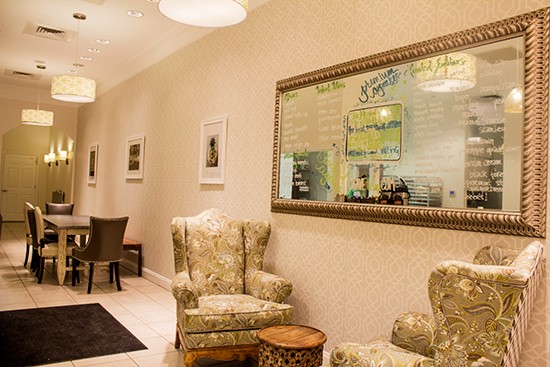 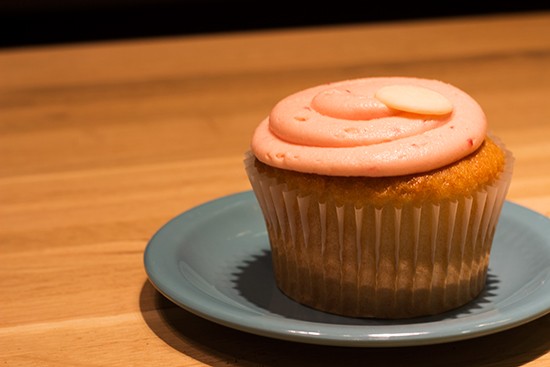 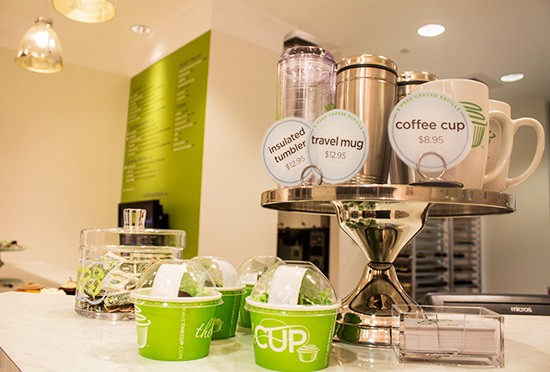 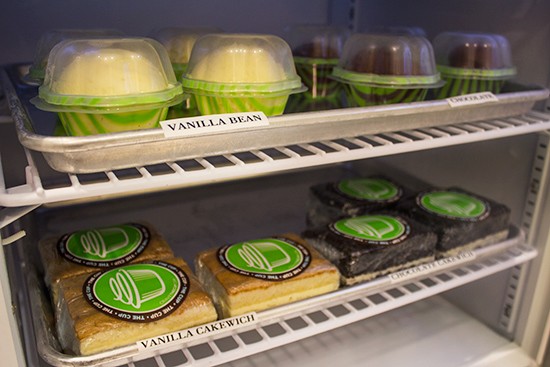 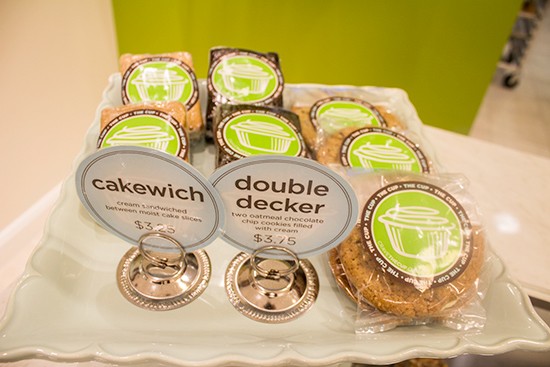