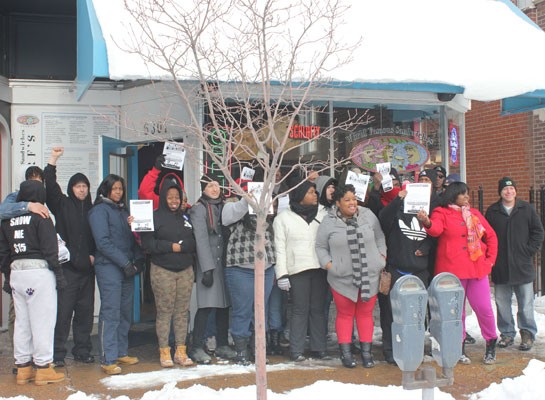 We know Snarf's (6301 Delmar Boulevard, University City; 314-725-4800) as a delightful sandwich shop across from RFT headquarters (and it has a location downtown, too), but not everyone is so pleased with them. St. Louis fast-food workers, with the help of Show Me 15 (formerly STL735) protested yesterday in solidarity with Snarf's Chicago workers who were fired three days before Christmas via e-mail.

"Basically when we spoke with fast-food workers here in St. Louis about what happened, they were outraged," Show Me 15 spokesperson Shannon Garth-Rhodes tells us. "They were just like, 'How could they do that to them three days before Christmas, in an e-mail?' They were upset, and they wanted to hold this action." 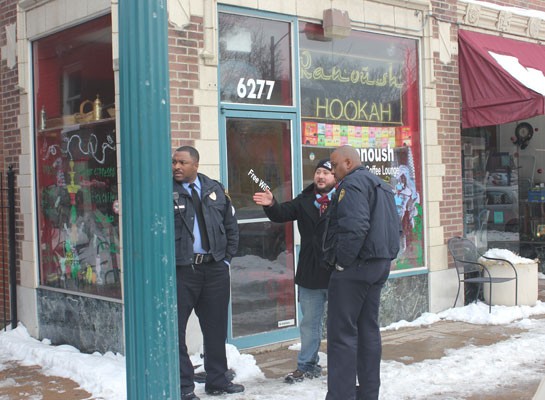 Snarf's, which is based in Colorado, terminated all employees at its 600 West Chicago Avenue location with the following e-mail:

1. Due to increased competition and losses, ownership has decided to consider remodeling and reconcepting the store at 600 West Chicago Ave.

2. The store is closing, effective tomorrow, December 23, 2013 for an unknown period of time for this remodeling and reconcepting.

4. All staff may apply for unemployment, if eligible.

5. Return any keys and Company property to Will Ravert at 600 West Chicago Avenue on Monday, December 23, 2014 during normal business hours.

7. Keep an eye out for the grand opening of the new store.

8. Ownership appreciates your service and wish you well in your new endeavors.

Chicago workers protested the next day, and CEO Jim Seidel posted an apology on Facebook for how the layoffs were handled. For Show Me 15, though, this demonstrates how precarious jobs are for of low-wage workers who are prohibited from unionizing.

"I think it's really important that these workers are standing in solidarity with other workers. What we've seen over the last year in fast-food strikes has been tremendous," Garth-Rhodes says. "It's really building on this movement of low-wage workers that are standing up for something different -- these sorts of things can't continue to happen on our backs."

After inquiring about the protest, we received this statement from Seidel:

"We respect everyone's right to share their opinion on this matter. At Snarf's we're focused on providing great service to our customers and a positive work environment for our employees."

Neither Seidel nor spokesperson Jill Preston would comment specifically on the reason for the protests -- the apparent lack of job security for employees. 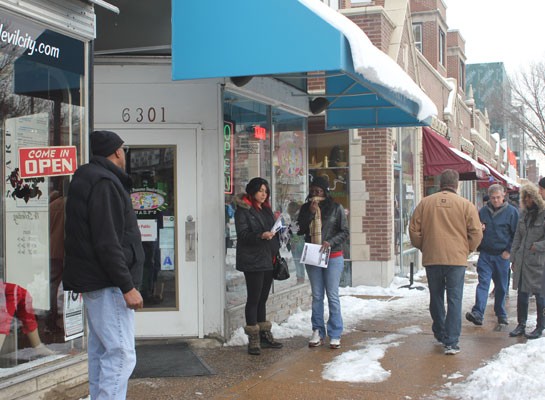 Show Me 15 members, fast food workers, the social-justice nonprofit Missourians Organizing for Reform and Empowerment and others gathered in front of Snarf's with fliers. They explained to passerby and Snarf's customers what happened in Chicago and urged people to contact Seidel.

Some protesters went inside the sandwich shop and explained to the manager what they were doing. Fast-food worker Tempesst Tuggle told us that he was very polite and listened to what she had to say, but seemed concerned about things "getting legal."

"Wouldn't he be worried if that was his job?" Tuggle asked. "I would be."

Two police officers were also on the scene, watching over things.

"When workers stand together, they get recognition and they get noticed. So we're stronger united -- we're bigger in number," Garth-Rhodes says. "This isn't just something that impacts workers in Chicago. This is the reason workers are standing up for a union."