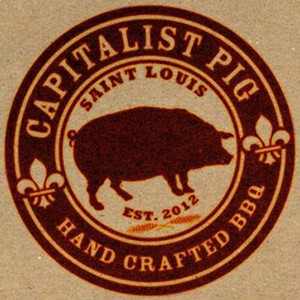 Ron Buechele's Capitalist Pig (2727 South Twelfth Street; 314-771-8230) has always been an anomaly. It serves barbecue inside an art gallery, after all. Now Buechele is shaking things up even more and adding Italian and Asian influences to the mix. This spring, Capitalist Pig will become Cibbu (it means "food" in Sicilian), as first reported by St. Louis Magazine. Buechele loosely describes Cibbu as Italian tapas, but only in the sense that it will be small plates.

The concept is based on cicchetti, a type of Italian small plates offered in Venice that date back to the fifteenth century, Buechele says. "It's this whole way of life in Venice, so I wanted to take some of the things I've been doing with barbecue and have this Italian small-plates concept, which is a little different than tapas," he says.

Buechele says there is a lot of good barbecue in St. Louis, but it's mostly the same things on every menu. He didn't see anyone really pushing the envelope and exploring what else barbecue could be beyond things like ribs, brisket and pulled pork.

He plans to take things like meatballs and present them in a way you wouldn't normally see, like mixing smoked meat with braised short rib. He'll also have housemade tonkotsu ramen, with the broth made with his barbecue pork scrap. "I would smoke the pork belly and then finish it as a braise so it'd be a barbecue take on a very traditional pork ramen," Buechele says. "That's one of the ideas that I had of how to fuse these things together."

As seems to be de rigueur these days, Buechele is using Kickstarter to help fund the new project. He says the timeline for Cibbu depends on the funding -- if the Kickstarter works, it will be sooner. If it doesn't, he's still going to do it, but it will just take longer. There will be a preview event at Mad Art for people to understand a little better what Cibbu will be like.

"I like the whole [pig/barbecue] concept -- I didn't want to completely abandon what I've done with the pig, but it needs to have a different presentation in order to up the ante," Buechele says. "If you come at barbecue with from a different point of view, you can be a lot more experimental."