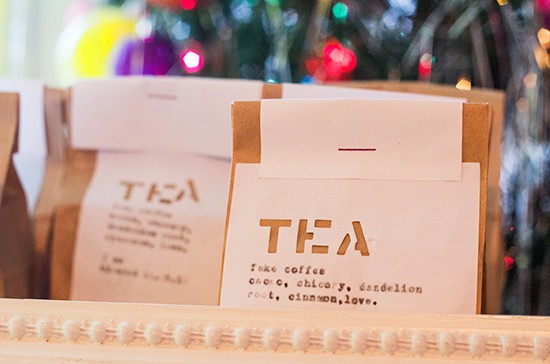 "Did you see that? I broke that ginger in half with my bare hands. That's the strength of a tea lady," laughs Lisa Govro, owner and sole operator of the ReTrailer and Smalls Tea & Coffee (2619 1/2 Cherokee), a recent addition to the neighborhood.

She proceeds to grate the whole, raw ginger as well another similar root of some sort -- one's that a bit skinnier and a glowing hue of orange -- dropping pieces in a bowl on a digital scale, adjusting until the ratio is just right. The wide shards, skins and all, make their way into a tea pot, and a heated kettle with a long, skinny pipe of a spout fills it to the brim with warm, tempered water.

This concoction is Govro's signature fresh ginger turmeric tea ($4), brewed with honey, and it's what got her into the tea business. A native of Seattle, Govro practiced Vipassana, a ten-day silent meditation. On day nine, when participants could speak to one another, she got to know a fellow holistic practitioner, a turmeric farmer from Hawaii. 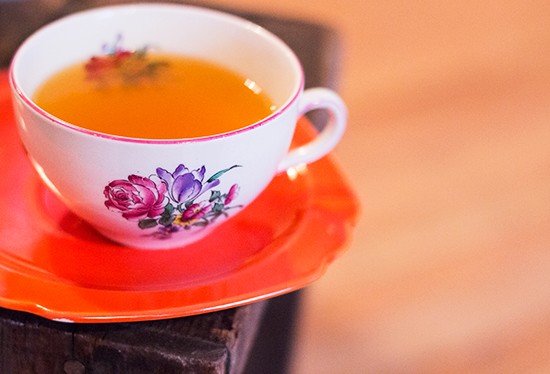 "She sent me a five-pound box of turmeric. I tried pickling it, I tried candying it. I tried doing everything and I came up with this tea and decided I wanted to share it with everybody because turmeric is so healthful for you," says Govro. "It's amazing liver support. It's good digestion support, it's immune-building.... and the list goes on."

In March 2012, Govro moved to St. Louis. A few months later, she got her colorful mobile shop, the ReTrailer off the ground, selling her carefully prepared tea blends and more at craft shows, art shows, street fairs and the Tower Grove Farmers' Market.

"My mission is to take over the world with tea that's good for you," she says.

Smalls gets its name from Govro's favorite jazz club in New York of the same name as well as the fact that the space itself literally takes on a street address suffix of "1/2." At a mere 6-feet wide by about 40-feet long, Govro feels right at home after spending time in the ReTrailer. 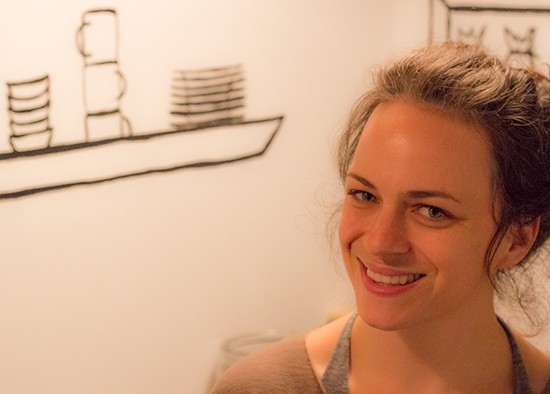 "When I was painting, it was sort of like Looney Tunes," she says. "I'd aim for a corner and would run into the other wall with the paint roller. I've been joking that it's a lot like the trailer only longer."

On an afternoon when a fresh layer of snow coats the streets, the tiny storefront stands out from its neighbors with a bright yellow exterior. Days like these were made for Govro, whom despite the lack of sleep through opening week appears chipper. She peddles hot drinks to customers who wander in. During downtime, she shows us the thrift store fur-collared jumpsuit she wore to keep warm while making her way through the neighborhood earlier that morning.

The narrow room has but a few seats, a small ledge for setting down drinks and white walls adorned with hand-painted depictions of how she intends the shop to appear after the holidays. Overhead shelves will stock a variety of herbs and more dry blends will fill the space with fragrant smells. 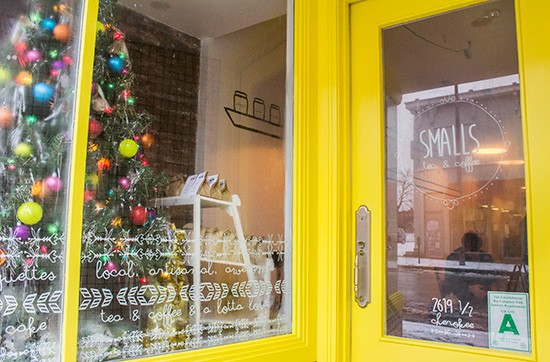 "It's sort of my dream to open a bunch of tiny Smalls all over the place," says Govro. "I think it creates an atmosphere for people that's really welcoming and sort of incubating in a way. It's been great to just sit back and watch how people interact with each other in the space because it's so small and you can't just ignore the person next to you. There are conversations happening between complete strangers which is not so commonplace at coffee shops anymore. So it's been nice. People basically literally have to rub elbows."

In addition to hot ReTrailer tea, Goshen coffee and even "fake coffee" -- a blend of chicory, raw cacao, dandelion root and cinnamon -- by the cup, Smalls offers dry blends to-go as well as baked goods from Whisk: A Sustainable Bakeshop and Red Fox Baking & Catering.

Smalls' hours through the holidays will be every Wednesday through Sunday from 9 a.m. to 5 p.m. Stay tuned for updates through the Smalls Tea & Coffee Facebook page.

Click through to for more photos of Smalls Tea & Coffee. 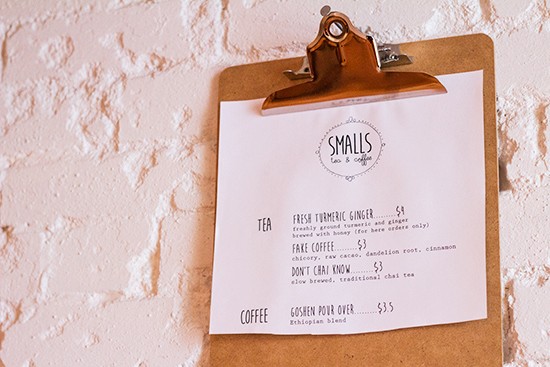 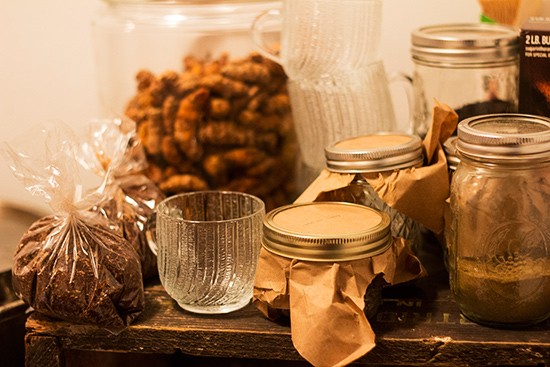