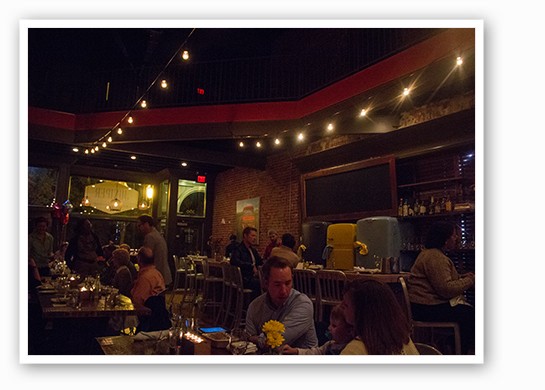 "It's something we always wanted to do, and we do have a little bit of a bar crowd on the weekends just sticking around a little bit later," Perkins tells Gut Check. "So it made sense to add more hours. I don't think we'll ever be a place -- and I don't necessarily want to be a place -- people go and drink, but have a late-night bite and have a drink while they're eating."

It will also be open Friday and Saturday nights after dinner from 10 p.m. to midnight with five or six menu items. Some carry over from the regular, Southern-focused fare, but there are a few new things, too.

"We'll have jalapeno pimento cheese poppers, which I think are gonna be really tasty," Perkins says. "We make our own pimento cheese, and we've been playing around with that idea for a while. That'll be fun."

"We'll have some menu items that are a little more playful and fun, and, of course, really good," Perkins says, "and another avenue for reaching people and having people come in and see our place."