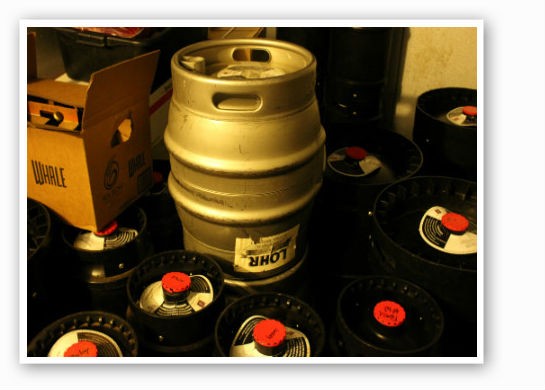 Today marks the four-year anniversary of Six Row Brewing Company (3690 Forest Park Avenue; 314-531-5600), and to celebrate it is throwing a four-day blowout.

As a reward to Six Row's faithful beer drinkers, a full schedule of releases that includes old favorites and flashy new brews starts tonight and carries on througout the weekend.

Tonight, Six Row is releasing the first of its new "Arch Nemesis Series," including "Midnight," an Imperial black India pale ale. At 9 percent ABV, this is a dark and hoppy beauty. The second offering is the very popular bacon porter. Baumann's Fine Meats (8829 Manchester Road, Brentwood; 314-968-3080) provided what Hiatt describes as a heavily smoked "crumbly bacon jerky" that is added into the firkin in the final stages of fermentation. The result is a truly "smoky, salty porter," that should be perfect for the cold temperatures that have just settled in.

The party rolls into Friday with five beer taps and two firkins. Styles range from the dessertlike cinnamon honey weizen to the cask of "Red Snout IPA with Cascade Hops," plus the classic, 9 percent ABV "Killer Whale."

On Saturday the doors open at 11:00 a.m. with a lineup of heavy-hitting stouts. Start off with an orange-chocolate Imperial stout and work your way up to a deliciously sweet yet impressively heavy vanilla coffee Imperial stout that includes a touch of maple syrup for a perfect finish. Complete the afternoon with a Knob Creek barrel-aged Imperial stout and a cask of "Cascading Whale."

It's been an impressive four years for Six Row, and Hiatt has big plans for the future, including an expansion of the bottling operation, including more twelve-ounce six packs, as well as future collaboration projects that will brew "more unique and satisfying beers."