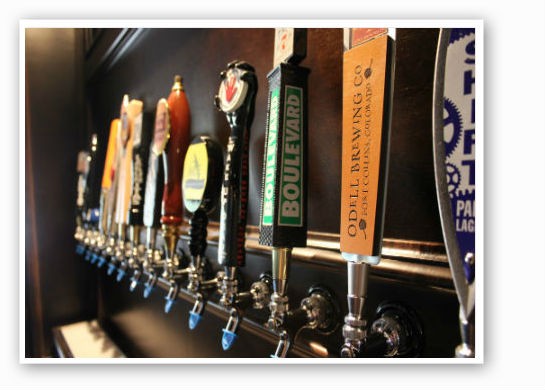 Less than two months after debuting its first beer, the Velvet Underbrown, Heavy Riff Brewing (6413 Clayton Avenue) is rolling out a food menu. It gets better -- the grub will be provided by Vernon's BBQ (6707 Vernon Avenue, University City; 314-726-1227). After all, what's better than beer and barbecue? (The answer is nothing.)

"We were both fond of each other's products, and obviously beer and barbecue have a natural fit," Vernon's co-owner Matt Stiffelman tells us. "They had a need for food, and we thought we might be able to do something together."

Heavy Riff co-owner Justin Saffell says food was a plan from the beginning, but he and his partners, brother Jerid Saffrell and Rick Horan, wanted to get things going first. The partnership with Vernon's made more sense than making stuff in-house: Heavy Riff was concerned about having to put in a full kitchen.

The menu is still developing, but Saffell estimates there will be two to three different meat choices and four to five sides. "We're going to have some unique things. I'm a pescatarian, so most of those things I can't eat," he says. Heavy Riff will serve Vernon's smoked tofu, "which is pretty unique for a barbecue, place so that's another reason we thought it would work so well."

Stiffelman says customers will be able to get some of Vernon's classic eats -- brisket, pulled pork, the tofu -- plus a few collaborations that will be original to Heavy Riff.

"We're working on a smoky brown ale barbecue sauce that uses the Velvet Underbrown," he says. "The smoked turkey, both hot and cold, would be brined using some of the beers that they brew."

The Vernon's menu will likely debut at the end of January or mid-February. Saffell declined to reveal what brews Heavy Riff will be releasing next, but you can follow the brewery on Twitter for the latest. As for Vernon's, it has just expanded the menu as part of its one-year anniversary celebration.

"People are always like, 'You're a smokehouse, why don't you do bacon?'" Stiffelman says. "And I was like, 'Yeah, why don't we do bacon?'" Lucky for us, they got the hang of it.

By the way -- stop by Vernon's today with a canned food for Operation Food Search and get a free sandwich from 11 a.m. to 7 p.m.