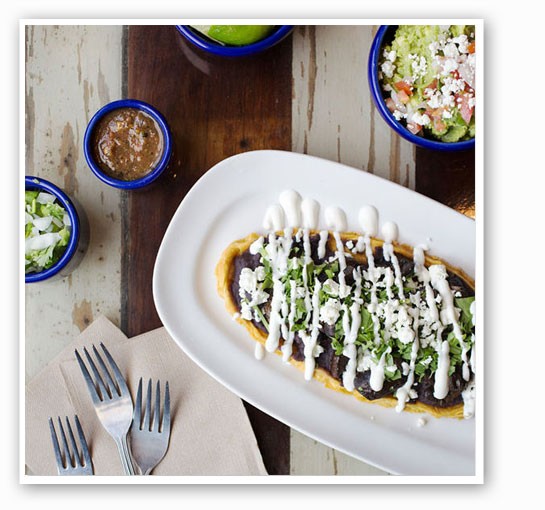 Mission Taco Joint (6235 Delmar Boulevard; 314-932-5430) has only been open since February 2013 but it's already become the Best Mexican Restaurant in St. Louis. After such switch success in the Delmar Loop, it should come as no surprise that brothers Adam and Jason Tilford are opening up a second location at 908 Lafayette Avenue. Soulard, meet Mission Taco.

Adam Tilford tells Gut Check they've been looking for a new venue for about three months; Soulard was ideal because of its diagonal location across the city from the Loop as well as another neighborhood with a lot of foot traffic.

"I have a lot of friends that live in that area -- Soulard, Tower Grove, Benton Park -- they all tell me it's really difficult to get to Delmar. There's no real direct route," he says. "The neighborhood itself also has a fun, young, urban feel which Mission lends itself to."

Tilford says it will have the same menu and focus as the original (that's why it isn't a different Mexican restaurant like their Milagro Modern Mexican and Tortillaria).

"It's not like it's our second restaurant. It'll be the fifth that we've opened, so it gets easier every time," he says. "The growing pains aren't as much." The Tilfords are working with Space Architecture again on the design, which will have a large bar in the center. Construction will begin early next year "barring any major setbacks," with plans to open around May 2014.

"We've already met with the Soulard Restoration Group. They're really excited to have us coming to the neighborhood," Tilford says. "We're just really excited that everyone's taken to it and loving it so much and we have this possibility to open another."