Welcome to Hidden Gem, a short love letter to restaurants, coffee shop and bars we at Gut Check have discovered off the beaten path. These are the places that soldier on in relative anonymity, beloved by their regulars and largely overlooked by the greater populace. Hidden Gem will attempt to rectify these terrible oversights. Have a Hidden Gem of your own to recommend? Tell us in the comments. 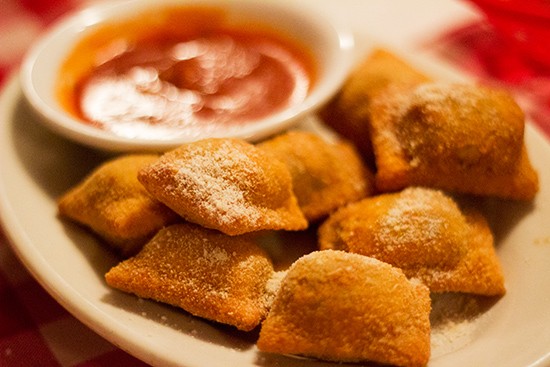 In what seems like a top-secret pizza lair in south St. Louis -- in a Lemay basement, to be specific -- 54-year-old Tom Nix spends six nights a week single-handedly baking up what he calls St. Louis' original thin crust pizza. That claim sounds like a tall one coming from a place that many St. Louisans aren't even aware exists, but Nix seems determined to show us how it's done.

Last April, he took over management of Monte Bello Pizzeria (3662 Weber Road; 314-638-8861), equipped with all the restaurant's original recipes from 1950. Those pies are now flying out of the oven for the first time in decades.

The original owners, an Italian family by the name of Petrillo, built the restaurant in 1950 and lived in an attached building next door, says Nix. In its heyday, the restaurant had a bar upstairs and turned out upward of 270 pizzas a night into the late evening, not including the pastas and entrees they also served, he says.

Though not related by blood, Nix simply knew the owners Mike and Helen as "Grandpa" and "Grandma" and still remembers peeling potatoes, grating cheeses and helping them out with other kitchen prep work while growing up around Monte Bello's kitchen. By age ten, he was already assisting with the actual making of the pizzas. 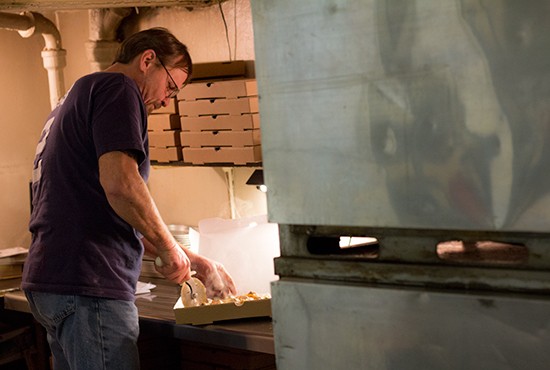 His mother, Peggy Morgan, worked there from the time that he was born, with the Petrillos' son and his wife running the restaurant. In 1967, Morgan bought the restaurant from the Petrillos with her husband, who was a bartender upstairs. From that time, however, the products deviated from the original recipes and business slowly declined, Nix says.

After his return to the restaurant in August of 2012, Nix found the original recipes locked away in a drawer. With a magnifying glass, he transcribed them letter for letter -- everything from the four-cheese blend, sauce and dough to the homemade toasted ravioli, meatballs and Italian sausage. He went on to post signage, something the building lacked for over a decade, and says business has picked up nearly 75 percent since last April.

"We're using all original ingredients to make everything again. People are happy with the quality and the quantity," says Nix. "I think it should be the way it was, you know. That's my whole thing. We went back to to the original recipe to make it the way it should be made."

Before coming in to man the oven in the evenings, Nix works a full-time day job at Aardvark USA, his girlfriend Lynn's screen-printing company. His staff currently consists of two waitresses, with Lynn and his mom, now 80 years old, lending a hand every now and then. The hot oven he stands behind is the same World War II-era double-deck steel rig that cooked up large volumes of pizza back in the day.

Nix discusses the differences between Monte Bello's thin-crust pizzas and the St. Louis-style pizzas most of us know all too well. For starters -- pizza purists, take heed -- he doesn't use Provel. Instead, he uses a Hobart mixer to grate four different cheeses with a blend of spices.

While many restaurants use premade crusts, Monte Bello's makes its own. In fact, Nix says he even tried the premade stuff once, and it simply couldn't support the amount of sauce and toppings he likes to put on each pie.

"Basically, using those crusts would require you to use little sauce, not a lot of toppings and not a lot of cheeses," he says. "To me, you're not giving people their money's worth that way. That's not what we're about. We want you to make sure you're getting what you pay for." 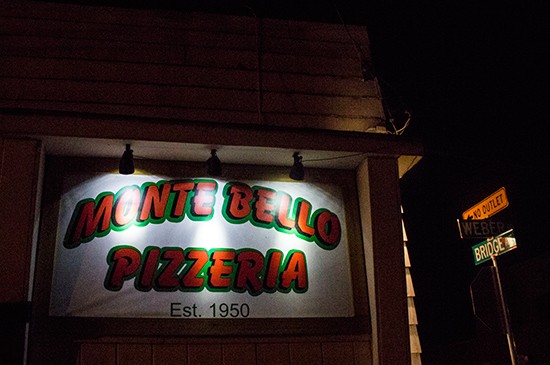 That said, expect a bit of a wait if you're dining in -- about 25 to 30 minutes until everything melts together into a molten slab of cheesy wonder, cut into bite-size crispy squares and served on a metal sheet tray. The key difference we noted: Everything feels substantial, including a heavier crust and equally bountiful toppings -- certainly no ketchup on a cracker.

Nix says he one day hopes to open the bar upstairs again. But for now, he's focusing on the restaurant and getting all the permits squared away to serve beer and wine in the dining room again.

Click through to get a taste of the Monte Bello Pizzeria experience. 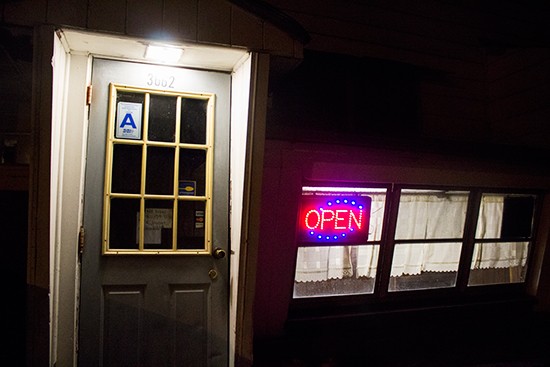 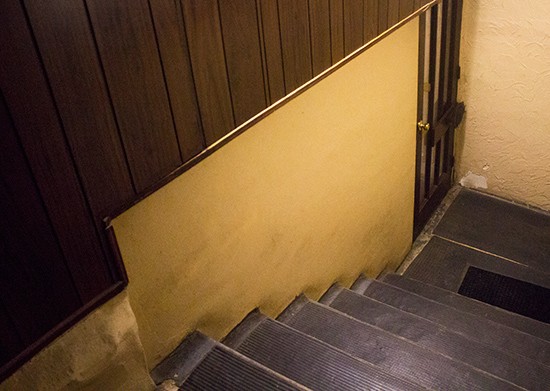 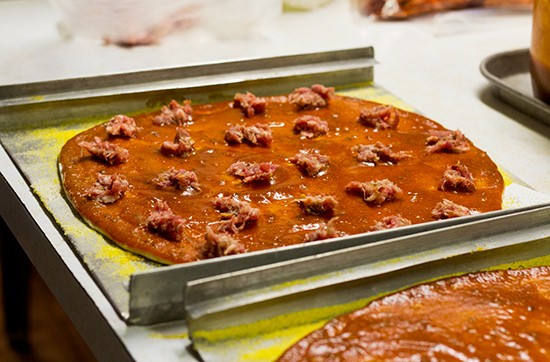 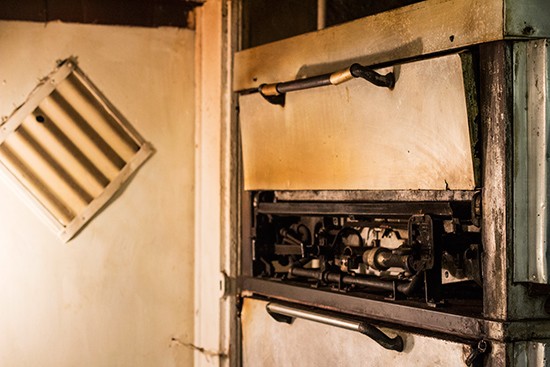 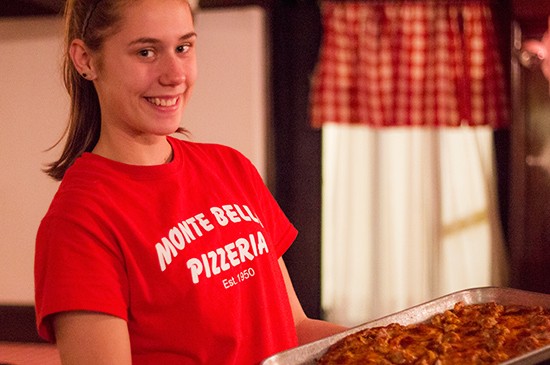 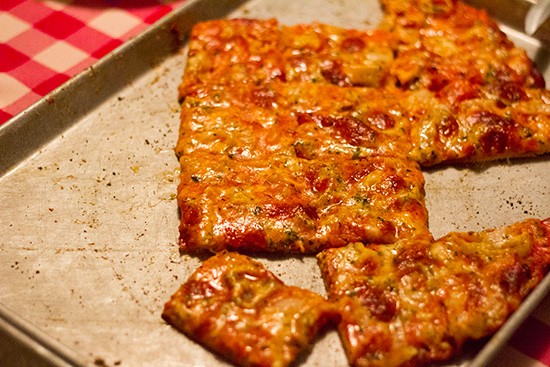 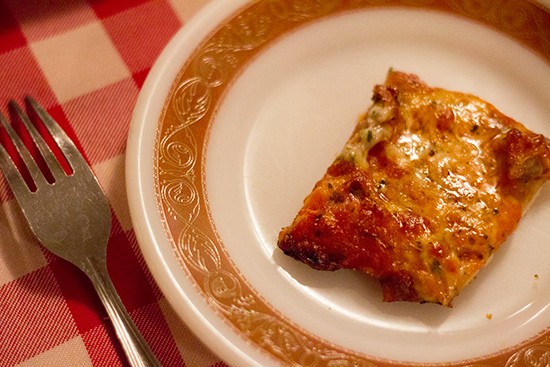 E-mail the author at [email protected].