In honor of our 2013 Best Of St. Louis issue, we're profiling some of the most fascinating winners from the Food & Drink section. The topic of this conversation: Best New Bar. Read the entire Best of St. Louis issue here.

The Fortune Teller Bar (2635 Cherokee Street; 314-776-2337), recently named best new bar in RFT's Best Of St. Louis 2013, just got twice as good. On Friday, November 8, it held its first anniversary party to commemorate a recent expansion, which doubles the south-city bar's space and reunites the two sides of the formerly divided building for the first time in 75 years.

"The building was built as just one big square," says co-owner Matt Thenhaus. "Sometime around World War II, they subdivided it right down the middle and gave it two different addresses. It's been two different businesses ever since. When we had the chance to lease the whole building, we knew we had to jump on the chance." 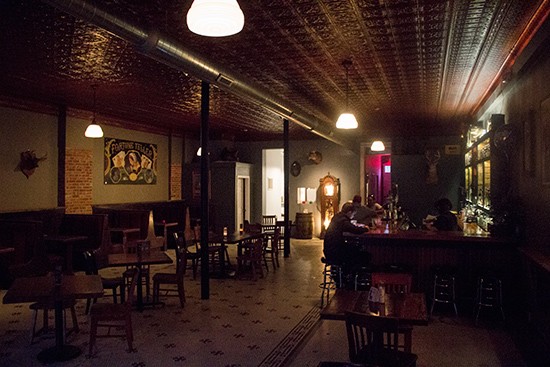 A sledgehammer brought down a wall, revealing a mirror image of the Fortune Teller Bar's original space with exposed brick and decorative tin ceilings. Most recently, the address next door was occupied by No Name Comix.

Though the expansion and renovation is dramatic, the bar's identity stays the same, maintaining the same classic wood-paneled tavern vibe sprinkled with mystic kitsch and taxidermy. Dining booths (purchased from Weber's Front Row) and a new area for developing drinks take up the newfound real estate.

"We're building a lab where we're making our house bitters and infusions," says Thenhaus. "It looks sort of like a cool storefront within a storefront. Inside, it's going to be a mad-scientist laboratory." 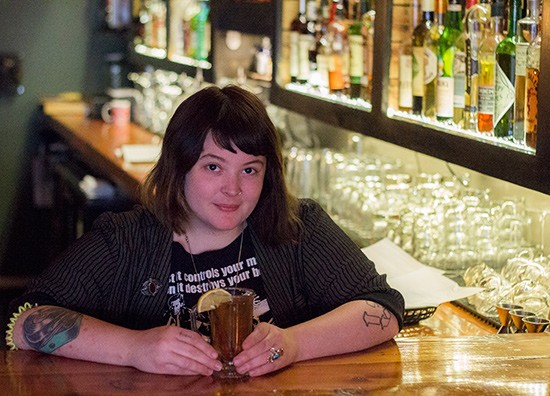 For the anniversary celebration, Thenhaus brought in several new beers to the meet the needs of the season, including hard-to-find winter beers, as well as Belgian and German beers. Most notably, the bar started carrying its on house beer on draft made specially by Schlafly. The Fortune Teller Bar beer is a copper-colored amber lager.

The commemoration also included the arrival of a special statuette, a two-foot tall version of the Cherokee Indian designed by Bill Christman. The symbol makes it back to Cherokee Street after spending the past twenty years in Christman's studio, Thenhaus says.

A separate kitchen area in development will help make the bar's overall service more efficient. Expect a couple additions to the menu sometime in December. In the meantime, try out one of the bar's seasonal cocktails ($8), including "Golden Arrows" made with Dolin Genepy des Alpes, apple nectar and Sonim cava; and an "Apfelschale Toddy," a bourbon infused with tart apples, vanilla beans, local honey, cinnamon, cloves and lemon.

In keeping with the Fortune Teller Bar's quirkiness, head to the bar this Saturday, November 23, between 3:30 and 8:30 p.m. to partake in a major cable network filming of a barbecue competition, open to the public. Special festivities include a wood-burning hot tub and sauna, an ice luge for drinks, live music and drink specials.

The Fortune Teller Bar's current hours are Monday through Saturday from 1 p.m. to 1:30 a.m. For more info, check out its website and Facebook. 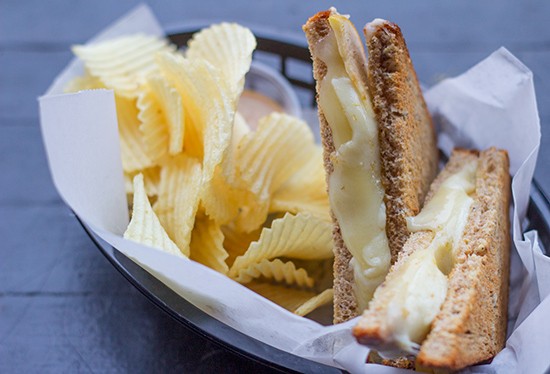 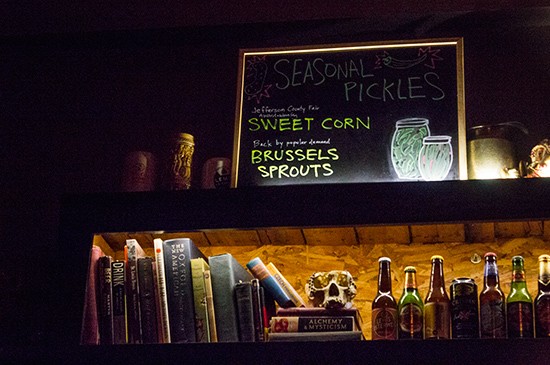 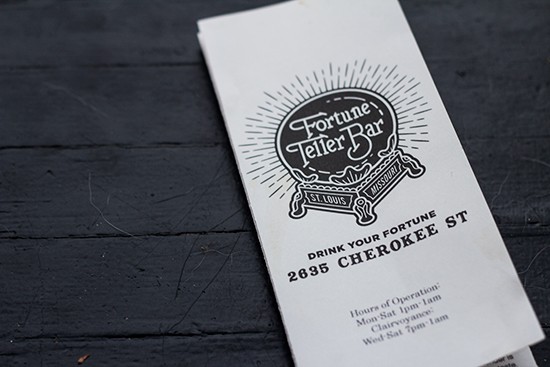 Want access to our Best Of picks from your smartphone? Download our free Best Of app for the iPhone or Android phone from the App Store or Google Play. Don't forget to check out the full Best of St. Louis® online at bestof.voiceplaces.com. Follow @gutcheckstl