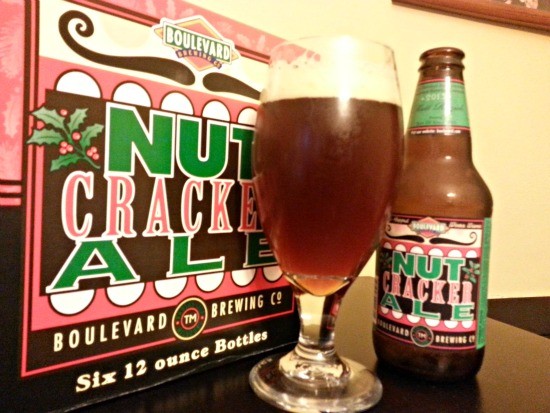 In case you haven't noticed, a cold front has recently hit the beer aisles of our local stores. Beers with labels featuring snowy cabins, scenic winter mountains and Yuletide cheer have begun to replace Oktoberfests and pumpkin beers. So just what are these beers all about?

Gut Check is here to break it down for you into three broad, totally non-Beer-Judge-Certification-Program-sanctioned categories.

The first category you might encounter are the "winter warmers." A big, balanced malt presence typically defines these beers. They tend to have a medium to high ABV (6 to 9 percent, hence the "warming") and low hoppiness, and some may be brewed with spices to evoke a holiday aroma. You can find a great example of this category in Boulevard Brewing Co.'s Nutcracker Ale. It has a deep amber color and a great malty backbone, accented with hints of caramel thanks to the brown-sugar and molasses adjuncts used in its brewing. In a nifty twist, the spiciness of this beer doesn't come from traditional holiday spices but instead from "wet" Chinook hops (as opposed to dried hops typically used in most brewing). Check out a video of the process below:

The next category is what we'd call the "big beers." From imperial stouts to old ales, the defining characteristic of these beers is their high ABV (8 percent and up). These hearty brews aspire to light the inner warmth in all of us during the cold winter months, and some are even aged in spirit barrels to up the ante. In our humble opinion, you can find perhaps the finest example of a big stout in the Abraxas Mexican chocolate stout from St. Louis' own gem Perennial Artisan Ales (8125 Michigan Avenue; 314-631-7300). A 10 percent ABV imperial stout brewed with ancho chiles, cacao nibs, vanilla beans and cinnamon sticks, it will be released at the brewery Saturday, November 9 (along with a special very limited coffee version), and it should be available in stores later this month.

After exploring the last two categories, you may need to slow down a bit before moving on to the final category, which we're very imaginatively calling "everything else." Many of these beers have "winter" in the name or snow on the labels but are not styles typically thought of as winter beers. The Schlafly Winter ESB would taste just as good all year, but it is only brewed in the fall for sale in November and December. Sierra Nevada's Celebration Ale rates as one of the best American IPAs you can get, but it is only brewed with freshly harvested hops, which generally occurs in late autumn.

Whatever your chosen style, be sure to snatch up these winter beers while you can, because once they're gone, you'll have to wait until next year to get more.