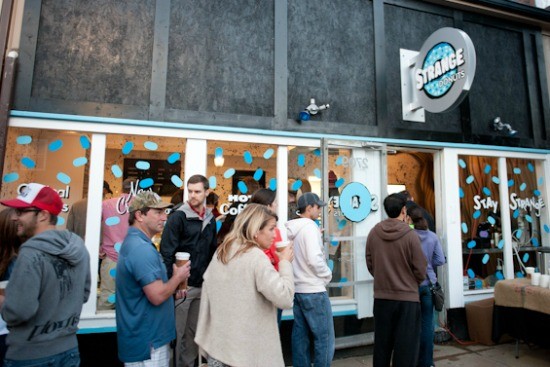 A crowd of doughnut-craving St. Louisans began lining up at 4:30 a.m. for Strange Donuts' much-anticipated opening this morning. Gut Check photographer and reporter-on-the-scene Jon Gitchoff says the line of more than 100 wound down Sutton Boulevard and reached past Saratoga Lanes before dawn broke.

So, we had to ask the obvious question: "WHY? Why would anybody get up at the crack of dawn for doughnuts?" After the jump, a collection of some of the best responses (and some delectable photos).

See also: Photos: A Pre-Dawn Line for Donuts (Not Cronuts) at Strange Donuts

Matthew Chulka of Maplewood: "I wanted to be one of the first to get a taste."

Justin McMillen of St. Louis: "I want to be supportive of a local company."

John Flavin of Webster Groves: "Well, doughnuts. I like being a part of opening events."

Michael Haffner of St. Louis: "I've been to a number of their taste tests, I knew I had to be there opening day."

Kevin Chau of St. Louis: "I've been following them since National Doughnut Day." 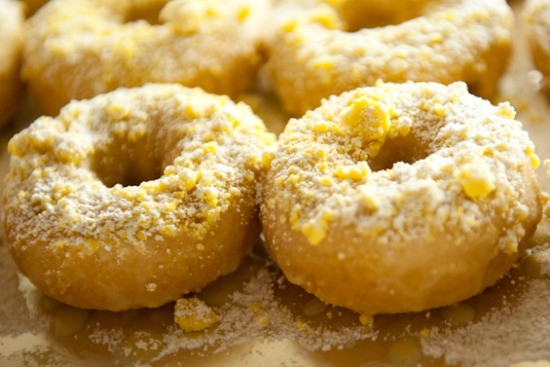