As much as we are loathe to admit it, not all Budweiser is brewed here in St. Louis. There are twelve breweries around the country -- Baldwinsville, Newark, LA, Houston, Columbus, Jacksonville, Merrimack, Williamsburg, Fairfield, Fort Collins and Cartersville. Budweiser's Project 12 challenges the breweries to create a new recipe featuring the yeast first used by Adolphus Busch in 1876 then the beers go head-to-head to see which will be offered to the general public. Last year's winner was so good, it became Budweiser Black Crown.

Three small-batch Budweisers were chosen to be featured in the Project 12 Sampler Pack. At first, we were a little miffed -- no 63118? Then again, St. Louis can't win everything, so Gut Check decided to give the sampler a try. 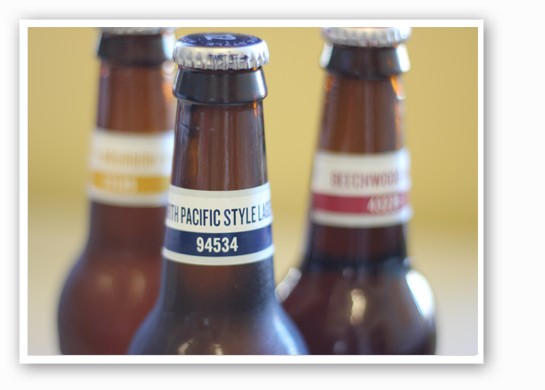 The first, Batch 94534, was light and drinkable, but it doesn't resemble Bud Light at all. It's brewed in Fairfield, California, with North Pacific hop varieties like Cascade and Palisade, and has a 5.5 percent ABV. There's a distinct hoppy bite, but it's not extreme.

Batch 23185 out of Williamsburg, Virginia, was the most distinctly flavored beer. It's aged with bourbon barrel staves and vanilla leaves, and the vanilla was definitely palpable and sweet. Gut Check felt three sheets to the wind after half of a bottle, though it's only 5.5 percent ABV. We'd drink it, but it's the kind of beer you drink one of and then move on.

Last but not least, our favorite was Batch 43229 from Columbus, Ohio. We admit we couldn't taste the chocolate and caramel malts, but we're guessing it was the familiar Beechwood chips that caught us. As one Gut Check taste tester put it, "I could see drinking eight or nine of these." Classy.

It's very, very smart for Anheuser-Busch to hop on the craft-beer train, even though it doesn't have to worry about any of the little guys infringing on its empire.

"Each of the three beers has a distinct taste with a common thread. Project 12 is all about showcasing brewing creativity and credentials, and making beer drinkers happy," head brewmaster Pete Kraemer said in a statement. "We are confident we've achieved that with the 2013 edition." The Project 12 sampler pack goes on sale October 28. Let us know which is your favorite, or better yet, vote for your favorite at the Project 12 website here.