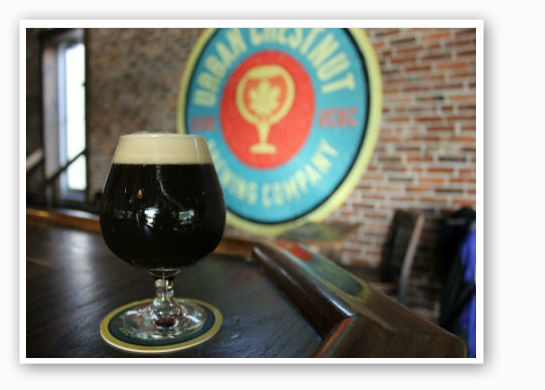 Seasonal beers are very popular: They offer new flavors and give brewers a chance to experiment outside the box. The approaching cool weather usually brings out a whole slew of 'em that are usually darker, heavier and meant to warm the heart. One of the first on the market (released earlier and earlier each year), as well as one of the most popular, is the pumpkin beer. Over the last few years nearly every brewery has taken on the pumpkin and added their own twist. Locally, we're lucky enough to have several worth trying -- so, in no particular order, here is a list of our favorite locally brewed pumpkin beers.

The Basics: This is the first year Urban Chestnut entered the pumpkin beer game, and it did not disappoint. The Count Orlok Black Pumpkin ale belongs to the Revolution Series (an experimental one), but the name itself harkens back to German mythology: Count Orlok, better known as Nosferatu, is the German version of Count Dracula. Fittingly, the beer is a black wheat ale, but don't let the ominous name or the dark coloring intimidate you. The beer clocks in at 5.4 percent ABV and has a lighter quality (some hints of banana) mixed in with the pumpkin flavors. It's scary good. You can find it on tap at the brewery.

The Basics: Ferguson's popular pumpkin ale is more of a spicy beer with cinnamon and nutmeg dominating the pumpkin flavor -- though the squash flavor is definitely present. With a 4.9 percent ABV, this is lighter beer, more of a session ale that can be enjoyed in larger quantities without feeling full or dizzy -- unless you drink six or seven. Grab one at the brewery in Ferguson.

The Basics: Crown Valley's Imperial Pumpkin Stout is the strongest beer on this list, at 10.6 percent ABV -- a couple of these bad boys and the leaves won't be the only thing hitting the ground. The imperial-stout style means a thick, rich and creamy beer that's much darker in color and can be a bit overwhelming. That said, the dark chocolate, toffee, and cinnamon flavors are upfront and delicious -- just drink slowly and enjoy. Crown Valley resides in in Ste. Genevieve, which is a bit of a hike, but this beer can be found in several stores and on tap at several bars across the region. We found ours at Amsterdam Tavern. 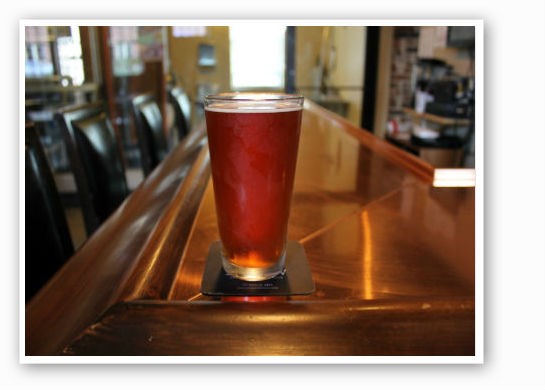 The Basics: Six Row's pumpkin beer, like many beers, has its origins in a "Why the hell not?" kind of moment. After brewing last year's Oktoberfest, a suggestion arose that pumpkin spice should be added and then thrown into a cask, you know, just to see what would happen. It worked out pretty well. This year, Six Row switched to an Oktoberfest ale, added the spices (no actual pumpkins were used), including cinnamon, ginger and allspice (a very small berry) -- in fact, it's more of a dry-hop. At 5.5 percent ABV, the final product is a light, crisp beer with a red, copper coloring and easy finish. Last we heard, it was on tap at Market Pub House and Flying Saucer Draught Emporium. 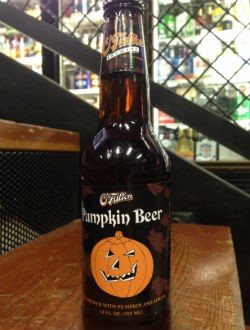 The Basics: Out west just a little ways, O'Fallon Brewery has been producing quality beers since 2000 and recently announced a much-anticipated expansion for the near future. Along with O'Fallon's regular lineup, one of its most popular seasonal beers is the pumpkin ale. Precisely 136 pumpkins go into this popular brew, and with the cinnamon and nutmeg spices thrown in, it's like a liquid slice of pumpkin pie. The ABV is a smooth 5.6 percent, making for a very drinkable, easy beer. Pick it up at the brewery, in stores (in cans for the first time) and at many fine bars. 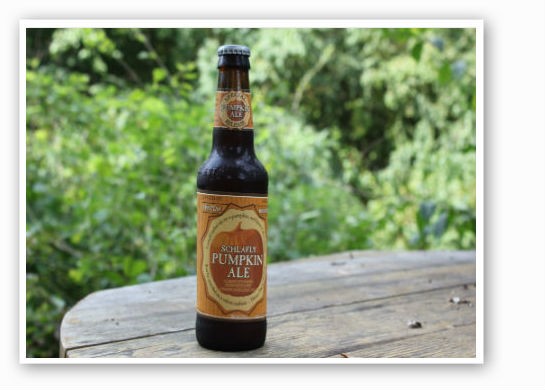 The Basics: Well, if you could only drink one pumpkin beer this year, this might be the one to with. Dark orange in color, sweet and savory with cinnamon, nutmeg and clove, Schlafly's pumpkin ale is widely considered one of the best, not just in the city, but in the country -- Beer Advocate gives it a 94/100 rating and puts it at No. 3 on it list of top pumpkin beers. Rate My Pumpkins, a blog that does nothing but taste pumpkin beers from all over the country, rated Schlafly 96/100 and has it ranked second overall. From the first sip you taste pumpkin pie, and not just the aroma, but the taste of a real, fresh-out-of-the-oven pumpkin pie. Be warned, this beer packs quite a punch, with the strong 8 percent ABV, but the sweet deliciousness translates to easy, enjoyable drinking. Find this at Schlafly's Tap Room, Bottleworks and at locations all over town.

Want access to our Best Of picks from your smartphone? Download our free Best Of app for the iPhone or Android phone from the App Store or Google Play. Don't forget to check out the full Best of St. Louis® online at bestof.voiceplaces.com. Follow @gutcheckstl