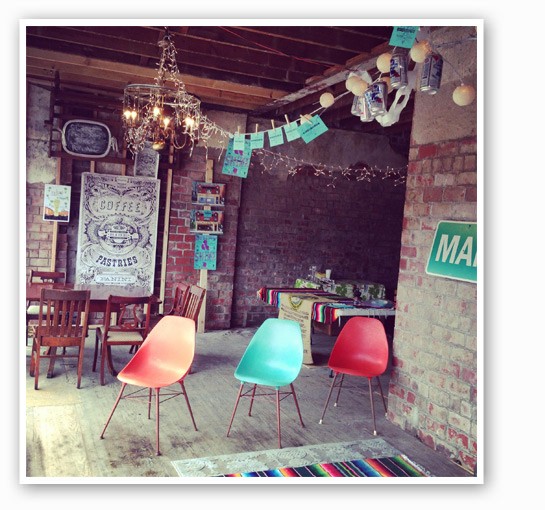 "I consider us a specialty coffeehouse with a community vibe," she says. "Really pro-community-building while also putting a strong focus on handcrafting our coffees."

See also: Rise Coffee to Open in The Grove

Mueller, who co-owns Rise with her husband Ron, was previously a social worker -- hence her passion for community building.

"For me, coffee has always been a place that helps you create that community. People sit and they contemplate and they talk and they share ideas, and that usually happens around coffee and tea," Mueller told us when we first reported on the concept back in July.

Goshen Coffee made a special roasting profile just for Rise. The Muellers are using Kalita Wave drippers as their signature hand-brew method which they say no one else in St. Louis is doing.

"There's just nowhere to really meet and have coffee in this neighborhood. I was a social worker in the neighborhood, and I just kept struggling to find a place to build community. That's kind of the idea," says Mueller.

Rise Coffee will be at Grove Fest this weekend if you want to try it out; otherwise, its current hours are Tuesday through Sunday, from 7 a.m. to 4 p.m.