Drinking Bathtub Gin and Other Prohibition-Era Cocktails with Distilled History 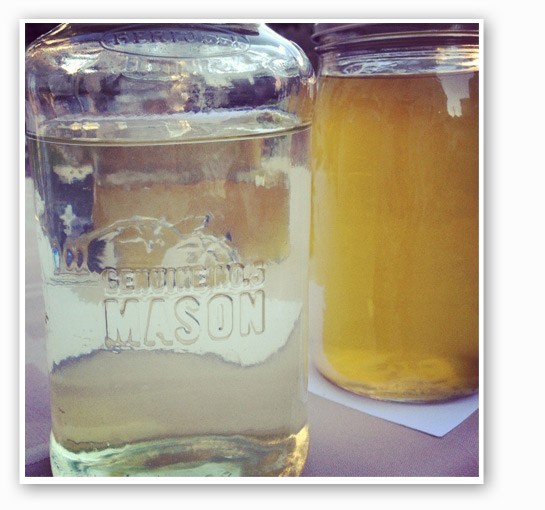 Love the show Drunk History? OK, it's not exactly the same thing, but local blog Distilled History combines history and drinking in a similarly charming way. (We named it Best Personal Blog last year.) The man behind it is Cameron Collins, a docent at the historic Campbell House Museum (1508 Locust Street; 314-421-0325), an antebellum mansion across from Blood & Sand. When we heard the museum was hosting "Drink Up & Tweetup" with Collins providing authentic, Prohibition-era bathtub gin, we knew we had to get our hands on some.

Prohibition was, of course, the Eighteenth Amendment and the Volstead Act, which banned the sale, production and consumption of alcohol from 1920 to 1933. In true American fashion, instead of letting it be the most boring decade in our history, it became one of the craziest. Bathtub gin was one of the most popular spirits of the day in part because it was so simple to make, Collins says. Whiskey, of course, has to be distilled and then aged -- but gin, you just make it and drink it! Sounds like the better choice to us, too.

Collins got the idea to whip up some bathtub gin when he was writing about a 1926 gang shooting called the Submarine Bar Shooting. The Submarine bar was an illegal speakeasy in the basement of a building next to the Central Library at 14th and Locust streets, just blocks from the Campbell House, where a shootout between two rival bootlegger gangs (the Green Ones and the Cuckoos) took place.

Collins experimented with recipes he found for bathtub gin and brought two to the tweetup. It requires booze to be mixed with various herbs and spices, and then steeped for about 24 hours. (Collins included one of his recipes here; unfortunately, it's the one he said tastes "like drinking grass.")

"This one is my attempt to make a better version of what they did," Collins says.

His version contains alcohol, water, juniper, cilantro, majoram, lime peel, peppercorn and sugar. It was a little darker in color and almost had a lavender taste. We drank it without a mixer or chaser, and it definitely had a kick.

In the interest of journalistic integrity, we also tried what Collins calls "the real stuff." To our surprise, we didn't spit it out all over the distinguished museumgoers. It wasn't bad at all. However, Collins did have to set us straight on one thing.

"The term 'bathtub gin' -- a lot of people assume it's because it was mixed in the bathtub. That's actually not the case," he says. "The jugs that they used were so big that they wouldn't fit under a sink faucet, so they would use the bathtub faucet to fill it up." 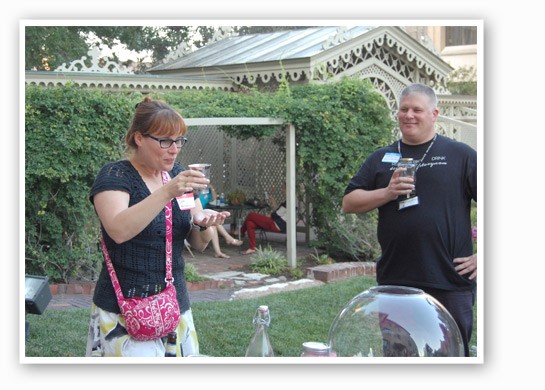 The Campbell Museum also has Virginia Campbell's handwritten cookbook, which contains the recipe for Roman punch, a popular drink to serve during parties at the mansion. It was sweet, but not too sweet, and perfect for an end-of-summer soiree.

At the end of the tweetup, a raffle was held to see who would get to take a swig of Collins' gin out of a cup once owned by former president and Civil War general Ulysses S. Grant. Grant himself dined at the Campbell house not once but four times -- it was kind of a big deal.

So, the verdict? We'll take a hip flask of bathtub gin any day.

To learn more about Collins' gin and the Submarine Bar shooting, check out Distilled History. For more about the Campbell family and their influence on St. Louis, visit the Campbell House Museum.