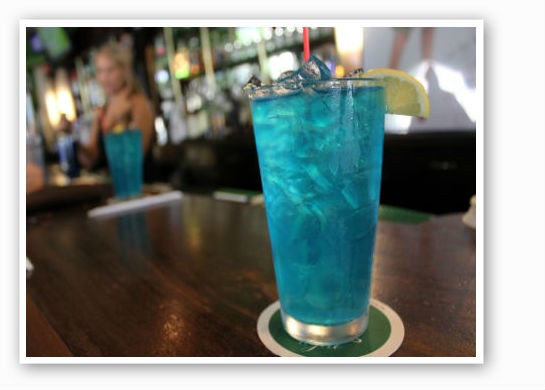 Before walking into Pat's (6400 Oakland Avenue; 314-647-6553), you better leave any notions of fanciness at the door. You're here to drink (and maybe eat some fried chicken), friend, not sip daintily from a straw. This is a pub, an Irish pub, and damn proud of it, widely recognized as the heart of Dogtown, where serious drinkers come to partake in the tried-and-true tradition of throwing back edgy drinks and slamming them down on the bar exuberantly. Which is exactly why we ordered the "Blue Molly."

That's right, the "Blue Molly," a colorful cocktail (with a straw!) made with raspberry vodka, sweet and sour, and Sprite. And yes, maybe that doesn't sound hardcore, and no, there wasn't any whiskey involved. But here's the thing: On the particular afternoon we walked into Pat's, the sun was just baking the earth with a blistering heat and we were near death. So when bartender Amy Brewer offered to make the cool, refreshing and rejuvenating "Blue Molly" in a tall glass filled with blessed ice cubes, we dropped the hard-drinker pretense and happily agreed. 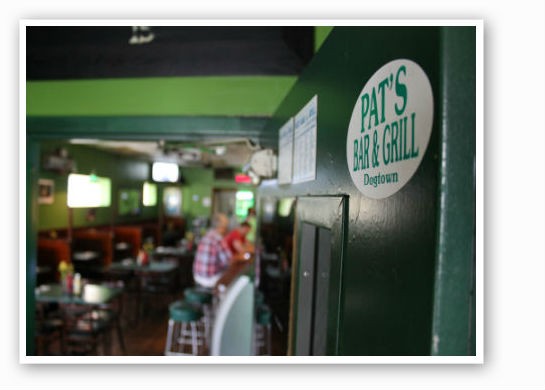 As it turns out, this delightfully tropical-blue drink, in all its simplicity, is quite popular among the regulars. The creation of a former barkeep by the name of Molly, the eponymous concoction soon caught on, eventually making the main menu. And, surrounded by fans pleasantly whirring inside the salt-of-the-earth bar filled with local artifacts and memorabilia, we soon noticed the intended effects and began to cool off, finally.

But then Brewer stepped back up and reminded us that if we really wanted the full-on experience, we pretty much had to get an "Irish Car Seat." She had a point, and we easily give in to peer pressure -- so line 'em up! Much like its cousin the Car Bomb, the "Irish Car Seat" requires half a pint of Guinness and a shot of Kahlua and Baileys: take the shot, drop it in the Guinness, and throw it back like a grizzled veteran. Now we're talking.

Continue for both recipes.