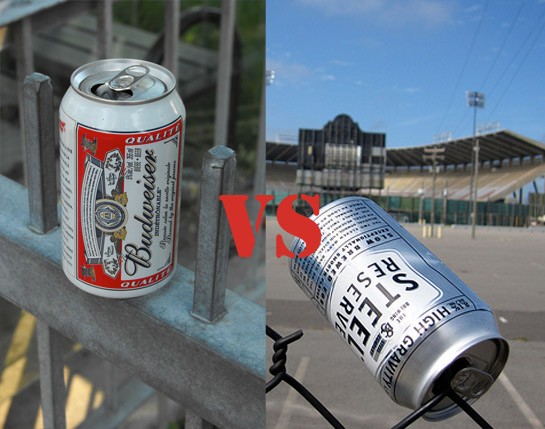 Various news outlets have been giddily reporting a new study from the Johns Hopkins Bloomberg School of Public Health that found Budweiser to be the No. 1 drink behind alcohol-related emergency room visits.

"Understanding the relationship between alcohol brands and their connection to injury may help guide policy makers in considering taxation and physical availability of different types of alcohol given the harms associated with them," said the study's lead author in a statement.

At first we thought the results of the study seemed somewhat predictable -- Budweiser is one of America's best-selling beers. So wouldn't it make sense that it was the beverage of choice for many beer drinkers who ended up in the hospital? But then we looked a little closer.

See also: Anheuser-Busch Sued By Inmates Who Say Booze Made Them Criminals

The study surveyed emergency room patients in Baltimore on Friday and Saturday nights from April 2010 to June 2011. Of those patients, 105 admitted to drinking alcohol prior to their injuries.

Of course, malt liquor gets you get drunk faster than ordinary beer, enabling you to accelerate the timeline for doing stupid shit -- like ending up in the ER. The researchers at Johns Hopkins suggested that making the alcohol content of malt liquors more visible on packaging might reduce this sort of thing. Then again, isn't the higher alcohol content why people buy Steel Reserve in the first place? To its credit, the study's headline -- "Pilot Study Finds ER Patients Drinking High-Octane Beer" -- highlights the abuse of malt liquor as the big finding, not Budweiser's hand in dangerous drinking.

But try telling that to media such as CBS, NBC, the Post-Dispatch, the Atlantic, Huffington Post (to name just a few) whose headlines mention only Budweiser.

To paraphrase the Gretchen Wieners character in Mean Girls: "Budweiser can't help that it's popular."