Joe Pollack and the Supper of the Lamb 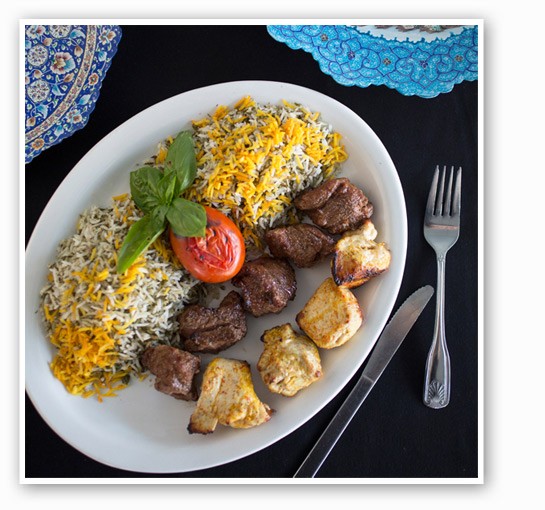 Could one man's love of lamb chops turn a restaurant into an overnight success? This appears to be the case for Cafe Natasha's (3200 South Grand Boulevard; 314-771-3411).

In the days before Yelp, Urban Spoon and the blogosphere, restaurant reviews could make or break a place. Food critics once had the power to pluck virtual unknowns from obscurity and turn them into culinary powerhouses (legend has it, this is how an off-the-beaten path Virginia country inn and eatery named The Inn at Little Washington was catapulted to its venerable spot as one of the top restaurants in the country).

See also: Cafe Natasha Celebrates 30 Years and the Next Generation

Beshid and Hamishe Bahrami know all too well how much of an impact a review can have on a new restaurant. Back in 1983, with their humble lunch counter The Little Kitchen in full swing, the pair decided to open a more formal, sit-down concept named after their daughter. Beshid and Hamishe worked non-stop, getting up at the crack of dawn to prep food for The Little Kitchen, then heading to the nascent Cafe Natasha's to work dinner service. It was a struggle, but the Bahramis had faith that their new concept would be a success.

Just how much of a success Cafe Natasha's was destined to be became apparent one afternoon with a tip from one of The Little Kitchen's regulars. The woman saw Hamishe working the counter and frantically asked, "What are you doing here?" Confused, Hamishe asked the woman what she meant -- after all, it was regular business hours and she was going about her regular business.

"Didn't you see the review?" the woman asked.

"The Joe Pollack review, from the Post-Dispatch. You have to get out of here right away and get ready!"

It turns out, Joe Pollack, the infamous St. Louis Post Dispatch restaurant reviewer, had been in the previous week and tasted what he believed were the best lamb chops he had ever had. What followed was one of the most glowing reviews the man had ever given. The floodgates opened.

"We saw the line start forming around 4 p.m.," Beshid recalls. "We had no idea what to expect, and we were not at all prepared."

The onslaught of customers, eager to experience the now-famous lamb chops, began as soon as the front doors opened and did not end until well after the restaurant was scheduled to close. Somehow, the Bahramis managed to feed them all; to this day, they have no idea how. Beshid admits that the night had its share of hitches, and although they confidently prepared delicious food, they were simply unable to flawlessly handle the volume. Still, patrons returned, with the knowledge that the lamb chops were worth whatever wait they would have to endure.

"This was the night that made us," Beshid recounts.

Now, some 30 years later, Beshid and Hamishe still credit Pollack, one of the restaurant's biggest fans and longtime regulars, with helping them make Cafe Natasha's such a success.

And those delicious lamb chops? They aren't going anywhere.

To read my take on Cafe Natasha's, check out the review and accompanying slideshow.

Gut Check is always hungry for tips and feedback. Email the author at cheryl.baehr@riverfronttimes.com or follow her on Twitter.