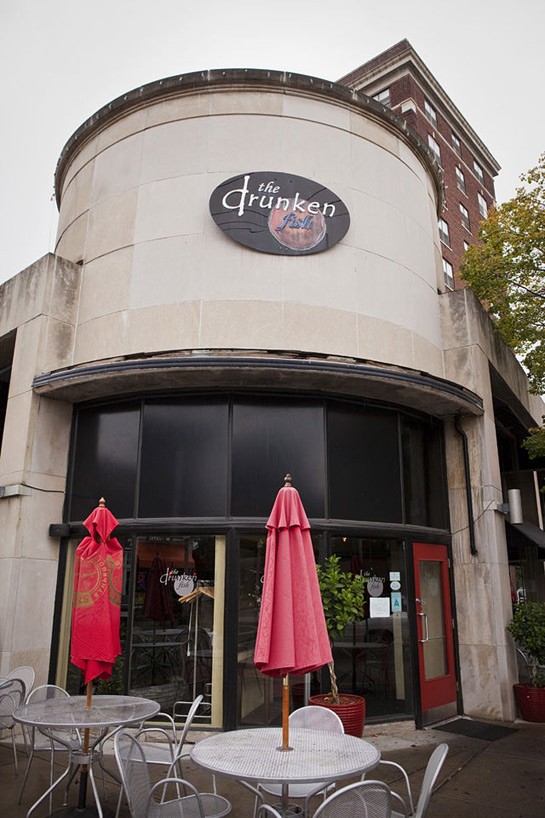 Ten years and five locations later, the Drunken Fish (1 Maryland Plaza; 314-367-4222) is still going strong. The sushi restaurant is celebrating its tenth anniversary with a party in the Central West End on Saturday, August 17.

See also: - If You Call Yourself The Drunken Fish, One Happy Hour Ain't Enough! - The Five Best Sushi Restaurants in St. Louis - Sushi with Benefits: Get to know the Japanese culinary form called izakaya

The party starts at 4 p.m., and you'll want to get there early -- the first 100 guests get a Drunken Fish gift bag. We don't know what's in it, but that just makes us want it more. Kevin Babb will be crankin' out the tunes at 4, followed by a martial-arts demonstration from Saint Louis University at 6. Perry Woods will be playing on the patio at 6:30 before the party moves inside with DJ Mark Marino and DJ Kue at 9 p.m. There will also be a fire demonstration at 9.

Drunken Fish also has an ongoing $10 menu in celebration of the tenth anniversary that will be available. There will be sake tastings as well as food and vodka tastings throughout the night. "We've been in business for ten years -- this is a big mark for us in regards to accomplishments. It's been a huge time in our success, and we're still growing right now," general manager Phil Lee tells Gut Check. Drunken Fish is currently in talks to open another location in Ballpark Village and is eyeing another Kansas City outpost.

"Ultimately our success is due to our fans and the loyalty of the guests that we have for the last ten years," Lee says. "We wouldn't be here without the local residents, so I think it's a thank-you to them for supporting us."