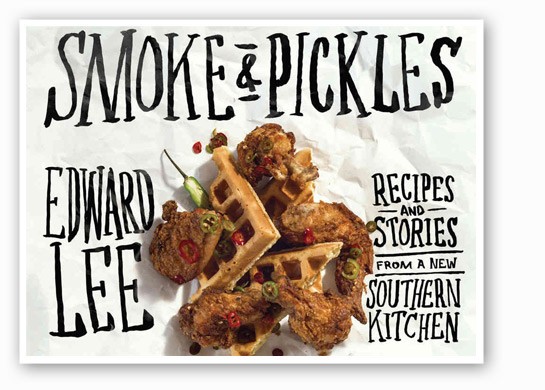 Louisville chef Edward Lee is stopping in St. Louis tonight, August 13, to sign copies of his new cookbook, Smoke and Pickles: Recipes and Stories from a New Southern Kitchen at Taste (4584 Laclede Avenue; 314-361-1200) at 5:30 p.m. Oh, and he's inspired a special menu for us St. Louisans.

You might remember Lee from last year's Top Chef: Texas (he lasted fourteen weeks); he's also a three-time James Beard Foundation Award finalist. Though he grew up in Brooklyn, he considers Louisville his adopted hometown -- it's where he discovered the restaurant 610 Magnolia on a trip to the Kentucky Derby in 2002. A year later, Lee moved south and bought 610 Magnolia.

Tickets are $50 and include admission, food and drink, and an autographed copy of Smoke and Pickles. You can get them here.