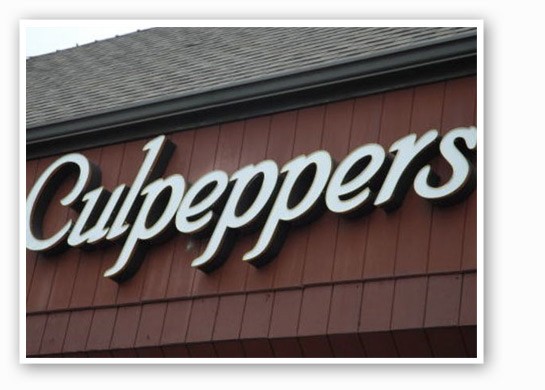 Culpeppers (12316 Olive Boulevard, Creve Coeur; 314-469-3888) will close Sunday, August 18 after twenty-four years in business, as first reported by the Post-Dispatch. The Creve Coeur location was the local chain's second outpost out of the current five. The Arnold location, at Highway 141 and Jeffco Boulevard, closed in 2010.

Culpeppers COO Chris Olsen tells Gut Check that the Creve Coeur location was forced to close due to an ongoing dispute with the landlord. "We couldn't come to an agreement after twenty-four years with our landlord so a number of months ago we just stopped trying," Olsen says. Is he eyeing another Creve Coeur spot? "I wouldn't rule it out but we haven't looked at that right now."