Budweiser Stadium Club at Lambert Closing, Will Reopen as Eighteen-76 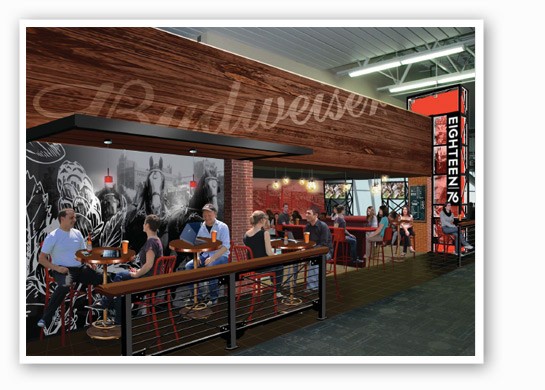 The Budweiser Stadium Club in Terminal 2 at Lambert St. Louis International Airport may not be big, but it's a fine place to grab a beer and watch the game while you're waiting on that delayed flight. However, the bar and grill will close August 6 for renovations over the next four to six weeks and reopen as Eighteen-76, complete with a new menu. 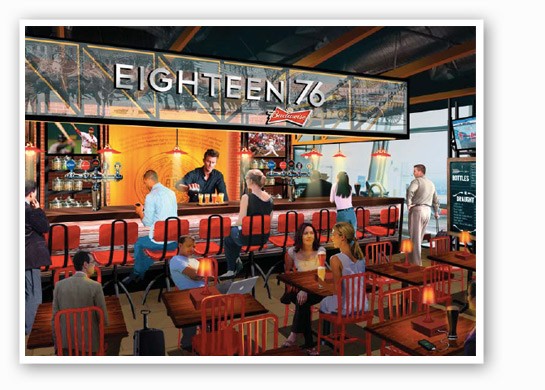 Budweiser is teaming up with HMS Host, a company that's involved with several airport food and drink venues. HMS' Frank Sickelsmith says the name Eighteen-76 is meant to evoke Budweiser's history -- it was, after all, the year St. Louis' patron saint Adolphus Busch introduced Budweiser.

The space isn't large enough for a vented hood, which means Eighteen-76 won't be able to have a grill for burgers and fries, but it plans to focus on flatbreads and signature sandwiches with beer pairings instead. "Budweiser is using one of their chef consultants to create a menu that is pub fare but with a twist, so we'll have beer pairings with things like pretzels with a beer cheese, wings braised with beer barbecue sauce and paired again with beer," Sickelsmith tells Gut Check.

The new Eighteen-76 is meant to be more of "dining experience" rather than a sports bar. Sickelsmith says Budweiser felt the restaurant fits the direction it wants the brand to go -- specifically, increasing the quality of the branded bars. The opening is set for mid-September, and the menu will be finalized a month before that at the earliest. Will you be stopping by on your way to an E gate?