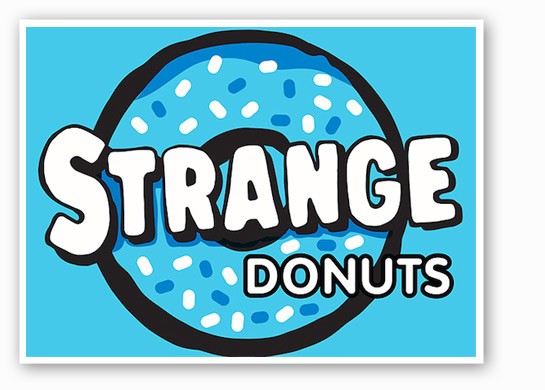 Strange Donuts (2709 Sutton Boulevard, Maplewood) has built up quite a following over the past few months despite not having an actual location yet. Friday morning, it's taking breakfast to a whole new level by delivering 50 dozen doughnuts around town to lucky St. Louisans who caught the sale. But the real question is: When is Strange Donuts actually opening?

The delivery idea came out of the inability to be open -- co-owner Corey Smale realizes people are clamoring for Strange Donuts. There will be five cars delivering dozens of "Bart's Revenge" doughnuts, which are dark chocolate cake with chocolate icing and crumbled Butterfinger bars on top.

"Our goal is to open a doughnut shop," Smale tells Gut Check. "The truth is, it'll be this summer. Either in August, or at the very least in September. There's a lot of work -- this is a retail space that we're turning into a commercial kitchen. There's a lot of county permits and things that we just can't control. We're working as hard as we can."

Smale says Strange Donuts will keep doing parties, events (like last weekend's Belgian Beer Fest) and pop-up deliveries. "A lot of people are super amped and very excited about it. We're very stoked [to deliver]. It's going to be awesome." Follow @StrangeDonuts on Twitter for the latest on where you can get the doughnuts and the store's opening.