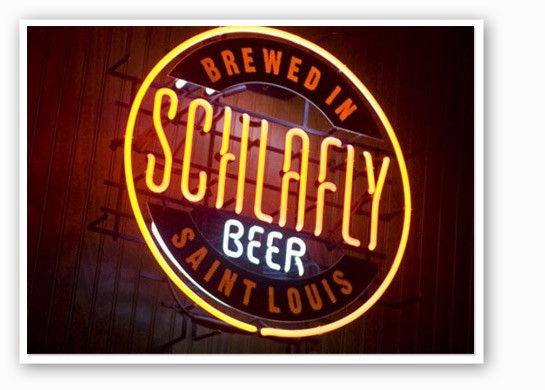 Waffles aren't the national dish of Belgium. You know what is? Mussels and fries. This weekend the Schlafly Tap Room (2100 Locust Street, 314-241-2337) is pairing moules-frites with another Belgian staple, of course: beer.

"Here in the U.S. you might get a burger and fries, but in Belgium you'd get moules-frites," says Schlafly event coordinator Stewart Wolfe. 1,800 pounds of mussels were pulled out of the water in Penn Cove, Washington yesterday and flown to St. Louis. They'll be sautéed in a white wine shallot garlic butter and served with six different sauces, including blue cheese bacon, curry and marinara.

Schlafly will also be releasing their seasonal Witbier today, a Belgian ale that generally debuts every year at Musselfest. "Witbier is a very pale and cloudy beer style. It's unfiltered, and usually has a lot of wheat," Wolfe says. "Ours has coriander, orange peel and a little bit of white pepper. Especially when it's warm outside, it's a very refreshing, drinkable summer beer, and it goes really well with seafood."

Not into mussels, but still love a good Belgian ale? Schlafly has got your back -- there will be plenty of Belgian waffles as well. "It's usually the mussel fanatic dragging somebody along who's like, 'I don't want to eat that!' Of course, it's a Belgian thing, too. It functions as a great dessert," Wolfe says. "We have it there for the people who may not be mussel fanatics but still want to enjoy the food, the live music, the beer."

Musselfest kicks off tonight at 5 p.m. with Trigger 5, a local country band. Scott Kay and the Continentals will be playing on Saturday starting at 5 p.m. You don't need tickets to attend; just come in and grab a beer and a plate of mussels. Wolfe also recommends pregaming with some Jean Claude Van Damme movies -- he is, after all, the muscles from Brussels.

Gut Check is always hungry for tips. Email the author at nancy.stiles@riverfronttimes.com or follow her on Twitter.