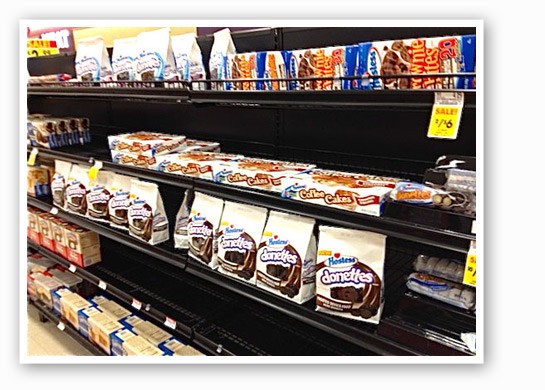 Fear not, Twinkie lovers! The world's longest-lasting dessert will be back on shelves in a mere 109 hours. More than 50 million Twinkies are headed to stores on July 15. Yum, right?

Hostess has a new owner and CEO, C. Dean Metropoulos -- he's an investor who also owns Pabst Brewing Company. His plan is to get more Twinkies on more shelves. "Wherever you find a Snickers bar or M&Ms, you should be able to find a Twinkie," he tells the Wall Street Journal.

Metropoulos also says he wants to use third-party delivery drivers in order to majorly cut costs, which will enable the new Hostess to expand. The company's St. Louis bakery, which employed 365 people, shut down in November. Metropoulos' company, Apollo Global Management, was able to buy four of eleven Hostess plants, but it's the St. Louis plant is not expected to resume production.

Apollo is planning a big comeback advertising campaign for Hostess, with slogans like "The Sweetest Comeback in the History of Ever." Ok, we'd probably go for that. They're also reformulating some of the recipes (not the Twinkie -- like they could improve that spongecake miracle), for example, making Hostess CupCakes with dark instead of milk chocolate.

Metropoulos tells the WSJ that he got a lot more orders than he was expecting, but he anticipates the business will turn a profit within a year (he performed a similar feat for Chef Boyardee in the late 1990s).

We just want to admit that Twinkies are not the only Hostess snack we're worried about -- what about Donettes, those tiny chocolate doughnuts? Luckily, they'll be back on July 15, too, along with Ding Dongs and CupCakes. Mark your calendar.