For local oenophiles, the third installment of Randall's Wines & Spirits Sommelier Showdown at Cielo in the Four Seasons promised to be a slugfest. In one corner stood Brandon Kerne, one of the skilled sommeliers at twin eateries Elaia and Olio in Tower Grove. Opposite him was Angela Ortmann, better known as STL Winegirl, an independent sommelier, consultant and blogger.

The rules were simple: Pair wines with three courses. Whoever gets the biggest crowd reaction wins the course.

As in any worthwhile fight, verbal punches were thrown. Kerne casually told the crowd why he'd beat Ortmann, and slipped in the Italian slang "jabroni" in reference to STL Winegirl. 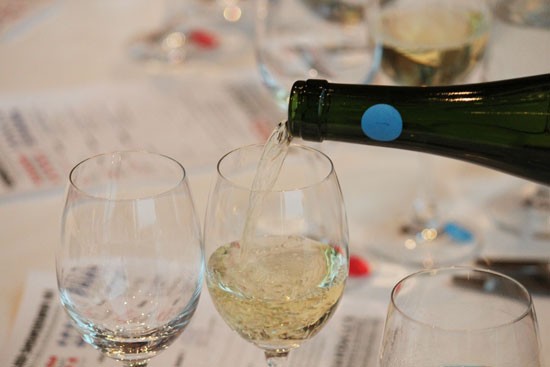 "Didn't you call me that on Twitter two weeks ago?" she retorted. "I just thought you'd have something new to say by now."

Between courses, Ortmann and Kerne made the rounds to talk with diners about the wine pairings they'd selected.

"Remember, it's not about what wine you like, it's about the pairing," Ortmann noted as she joined Gut Check's table for a chat.

After three rounds, the emcee gauged the crowd's reaction to the pairings for the evening.

Kerne received a rousing roar, full of housemade signs from friends and family. Ortmann got a loud ovation for her night's work, but a judge's call tipped the contest to Kerne, who celebrated his victory by quaffing wine from his trophy.

More photos of the event follow on the next page. 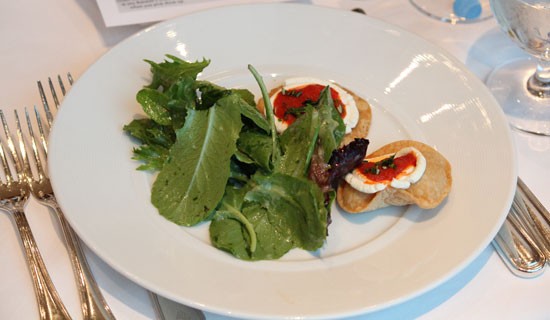