View Midtown in a larger map

As its name implies, midtown is the city's geographic center. Once a hub of industrial activity, the neighborhood has more recently remade itself into the nexus of art and culture in St. Louis with venues like the rehabilitated Powell Symphony Hall, the classic Fox Theatre and the Contemporary Art Museum. Experiencing all that edification, though, builds up an appetite. Luckily, midtown has plenty of options, ranging from fine Italian to some of the best barbecue around. 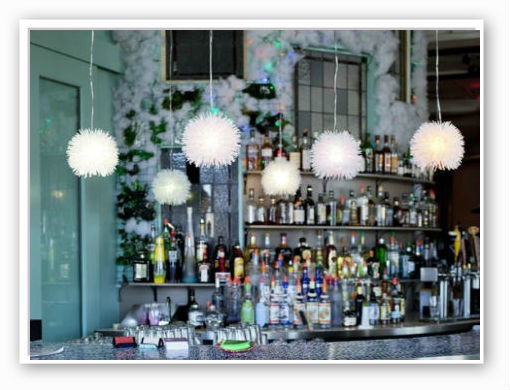 Plush (3224 Locust Street; 314-535-2686) With 40,000 square feet to play with, Plush is a fully operational club, venue, bar and restaurant, with plenty of room to spare. On any given night, you could grab a bite from a menu full of eclectic American food that borders on greasy spoon but with modern twists (meatloaf cupcakes, for example), check out the band playing in the unique concert space, head up to the second floor for some Ping-Pong, or pull up at a stool at the more intimate bar upstairs. RFT named Plush the "Best New Bar" in 2012, and things have only gotten better for this jack-of-all-trades, one-of-a-kind establishment.

Pappy's Smokehouse (3106 Olive Street; 314-535-4340) The line of hungry patrons spilling out the door and around the corner is a testament to the popularity of this pillar of barbecue perfection. The ribs here are legendary, the smoked goodness, truly addictive. You can't go wrong with any of the staples -- pulled pork, brisket -- and the sides by themselves would be enough to justify the trip (fried corn on the cob!). We named Pappy's "Best Barbecue" in our "Best Of St. Louis" issue three years in a row after it opened, and it was only after the emergence of Bogart's, run by Pappy's former pitmaster, that a new winner was crowned. Pappy's, however, hasn't lost its edge by any means, and the lines keep growing...

Kota Wood Fire Grill (522 North Grand Boulevard; 314-535-5577) On nights when theater- and concert-goers pour out of the Fox or Powell Hall, Grand Boulevard comes to life. Kota Wood Fire Grill is where the crowds go to eat before the show or grab a drink afterward. The menu is slightly exotic with dishes that draw from Caribbean and Gulf Coast flavors: mahi-mahi crusted with plantain and drizzled with a key-lime vinaigrette; shrimp and grits in a rich, garlicky barbecue sauce. The wine list focuses on selections from South America and Spain, and happy hour features plenty of by-the-glass options.

Vito's (3515 Lindell Boulevard; 314-534-8486) Vito La Fata III and family serves up tradition by the slice -- from always dependable margherita to shrimp-and-artichoke pie -- this is pizza that keeps nearby Saint Louis University students coming back for more. The crust (because we in St. Louis obsess over such things) is neither St. Louis-thin or Chicago-deep, but it's somewhere in-between, crisp and crunchy and delicious. The menu though is far more than just pizza; each dish is steeped in Sicilian recipes and sauces that truly feel authentic and homemade -- the fresh basil is even grown in the garden out back.

The Good Pie (3137 Olive Street; 314-289-9391) When it comes to Neapolitan-style pizza, the Good Pie doesn't mess around: Just take a gander at its official certification of the Associazione Verace Pizza Napoletana, which dictates everything from the ingredients to the oven temperature. Fresh out of a wood-burning oven, the thin, very flavorful crust is some of the best in town, with simple yet excellent toppings: salami, sausage, prosciutto and a mélange of cheeses make for unique combinations -- you can add authentic mozzarella di bufala to any pizza for $4. The tap list isn't too shabby either, often featuring the best of the local craft-beer scene. There's no false advertising here; the Good Pie is, well, good...very good.

See also: - The Five Best Thin-Crust Pizzas in St. Louis - The Veggielante Puts the Good Pie to the Test

The Fieldhouse (510 Theresa Avenue; 314-289-0311) Whether it's the Billikens, Cardinals or Mizzou, the Fieldhouse is the perfect place to catch a game -- there are enough flat screens, not to mention projectors, to cover whatever sporting event you're there to see. Foodwise, expect healthy portions of new American bar food, including a fried green tomato BLT and a Grouben -- that's a grouper sandwich with a classic Reuben twist. Like any good sports bar, Fieldhouse has plenty of choices when it comes to beer and a number of game-day specials -- so even if your team chokes, you still come out a winner.

Dooley's Beef N Brew House< (601 North Grand Boulevard; 314-531-7600) The "World Famous Dooley Burger" is six ounces of fresh ground beef pattied to a fairly even thickness and grilled to your preferred temperature -- and it is pretty amazing. The original Dooley's, a downtown institution, closed its doors in 2008. Three years later, Sean Dooley, son of founder Alex Dooley, pulled a reincarnation. The new place is equipped with the old Dooley's grill, so all that built-in greasy flavor remains. The onion rings are also excellent, and of course pair perfectly with a burger. The menu does offer non-burger options, and you could easily order a chicken sandwich. Or you could, you know, be a rational person and order the "Big Pappy" (featuring cheddar, bacon, grilled pineapple rings, fried onion rings and barbecue sauce from nearby Pappy's Smokehouse). Yeah, do that one.

Fountain on Locust (3037 Locust Street; 314-535-7800) Fountain on Locust is home to both an ice-cream martini and the best bathrooms in St. Louis. The one-of-a-kind hand-painted art-deco interior with a soda fountain and lunch counter needs to be seen and experienced first-hand. Fountain on Locust is located inside the former Stutz automobile showroom (a few sandwiches are named after models from the long-defunct carmaker), and its offerings include soups and sandwiches. We heartily endorse the "Prosperity Panini," with grilled zucchini and hummus, and the "Royal Grille," a grilled-cheese with slices of Fuji apple. Or you could skip all of that and go straight for the ice scream. Oh, and by the way, on the first Thursday of every month you can stop by for Burlesque Bingo...enough said.