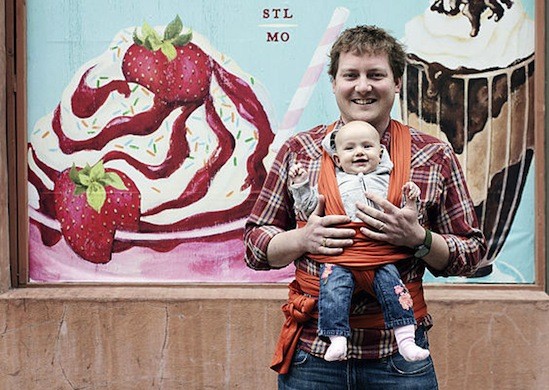 Bailey says that a vegetarian restaurant has been at the top of his list of concepts since even before he opened Baileys' Chocolate Bar. Until now, he tells Gut Check, "We didn't have the right space.

"It's been ten years in the making."

Bailey emphasizes that Small Batch will not be the typical vegetarian restaurant, with dishes borrowed from one specific, vegetarian-friendly cuisine or that simply attempt to replace the meat component with tofu or some imitation substance.

Instead, he says, "We're really wanting to make good food that makes it sort of irreleveant that meat's not at the center of the plate."

To that end, executive chefs Peter Clark and Stephen Trouvere will draw from numerous world cuisines as they fashion Small Batch's menu. The new restaurant will also feature housemade pastas, a first for Bailey's establishments.

Bailey's restaurants are known for their striking décor almost as much as for their food, and Small Batch will once again feature a design by Bailey and his sister-in-law, the Chicago-based interior designer Brynne Rinderknecht.

Of the design, Bailey writes in his announcement email, "We are really thankful that the original floor tile from the [Ford] showroom is intact, and we will use that tile as inspiration for our overall decor, including a 25-foot marble bar.

"We will add a mezzanine across the glass sides of the restaurant (the south and east sides) with seating for 34, right above windows that open to the sidewalk patio, creating an open air French cafe feel in a classic St. Louis urban setting."