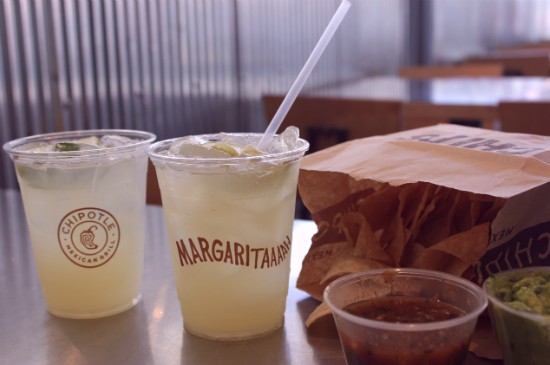 Last week we received a press release announcing a chain restaurant would be introducing a new Patrón margarita to St. Louis locations. This would be fairly boring news from most restaurants, but this time it wasn't. 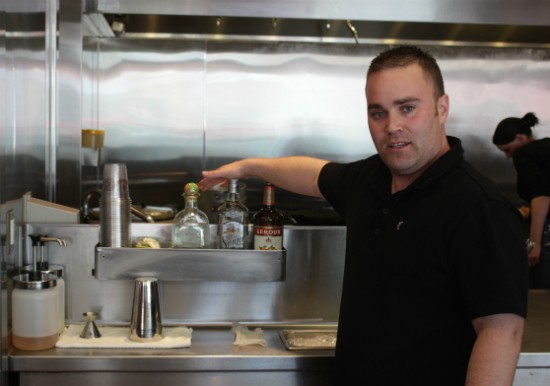 We moseyed over to the Chipotle Mexican Grill (6316 Delmar Boulevard, University City; 314-678-3200) located next door to Gut Check International Headquarters to speak with Wayne Prichard, St. Louis marketing strategist for Chipotle to learn more about the fast-casual restaurant's new 'rita.

"It matches our food very well," he says. "It's very bold; it's not your typical watered-down margarita."

According to Prichard, all St. Louis occasions, excluding the Chipotle (212 South Grand Boulevard; 314-342-9919) on South Grand, will be serving the Patrón margaritas for $6.95 a pop. This compares to the chain's classic margarita made with Sauza tequila, which goes for $4.50.

Like its other menu offerings, Chipotle uses fresh ingredients to craft the cocktail, combing fresh lemon and lime juices with triple sec, organic agave nectar and Patrón silver tequila. The margs are served sans salted rim, but Prichard says Chipotle can accommodate guests who ask for it.

On our visit late last week Prichard was kind enough to mix us a Patrón margarita, and woo boy, was it potent. 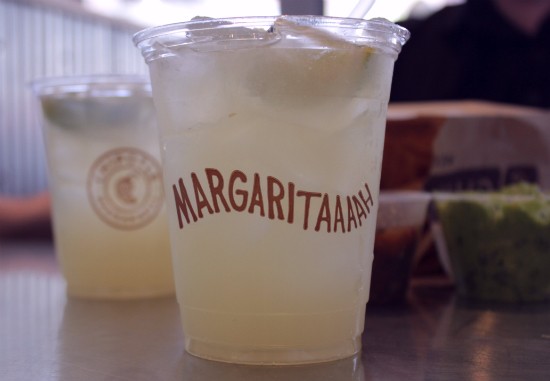 Truly, after just downing one Chipotle Patrón margarita, we were feeling pretty good. And Gut Check is no lightweight.

At first the 'rita's price tag surprised us -- sure, it's made with Patrón, but a regular chicken burrito at Chipotle costs only $6.25. Then again, when one of these refreshing, strong drinks is enough to get a buzz percolating, it's worth the extra dollars.

The only downside: We couldn't manage to get one to-go. That's against local and state liquor laws, or something.

From Chipotle to Gut Check to you, here's the recipe for its new Patrón margarita: 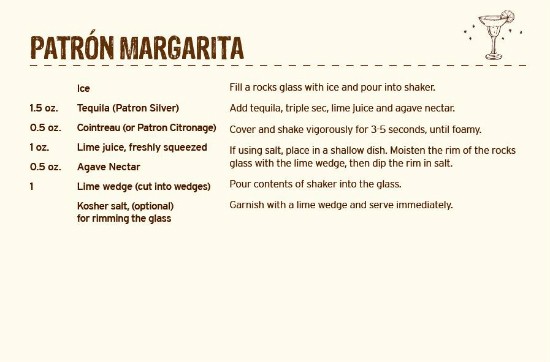