The Shack Pubgrub's "Shack-Which": One of 100 St. Louis Dishes You Must Eat Right Now

Maybe you could engineer a sandwich more capable of quelling a hangover than the Shack-Which at the Shack Pubgrub (3818 Laclede Avenue; 314-533-7000), but why bother, when the Shack-Which already exists? The sheer size of the thing is overwhelming: two slices of lightly toasted rustic French bread, each by itself the size of a dinner plate (OK, a smallish dinner plate, but still), bracketing a meat of your choice -- and your options are numerous: steak, chicken (grilled, blackened or fried), turkey, pastrami, pulled pork, pork belly, ham, or bacon and egg -- oozing with melted provolone and topped with piquant coleslaw, tomato slices and a heap of crisp, thick-cut french fries.

Yes, you read that right: The fries are part of the sandwich.

You can, if you like, add to your Shack-Which a fried egg, bacon, or double the portion of meat -- or any combination thereof. You can also try "Evan Benn's Death Row Challenge," named after the Miami-bound Post-Dispatch restaurant critic; this Shack-Which contains double the meat and double the toppings (fries included), two eggs and six pieces of bacon on three slices of bread.

I went with the more modest ("modest") pulled-pork Shack-Which. The pork was tender and packed sufficient flavor -- not the smokiness you usually associate with pulled pork, but a succulent and lightly sweet porkitude more akin to carnitas -- to stand out among everything piled atop it.

I wasn't hungover when I visited the Shack-Which, so I was unable to polish off so much sandwich, but I damn sure ate all the pork. 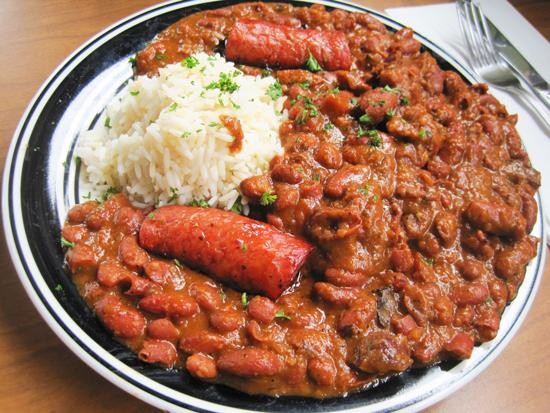 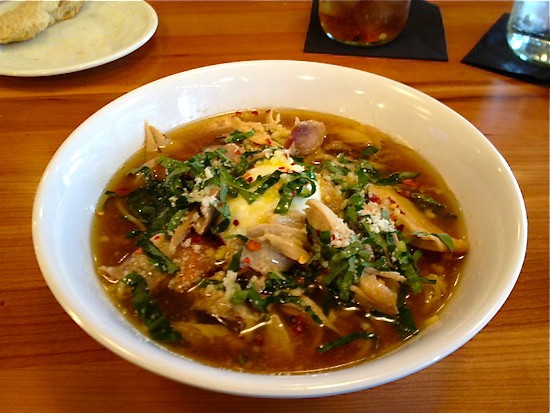