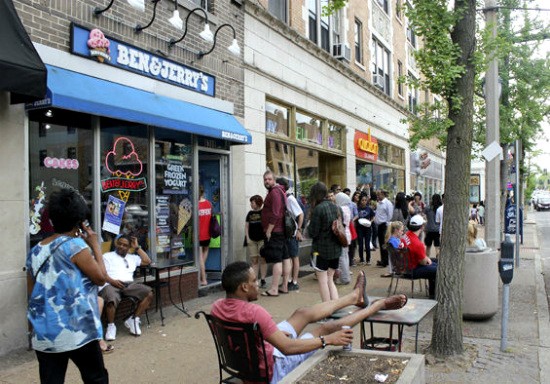 With temperatures predicted to crest 80 degrees today in St. Louis, Gut Check could use some ice cream -- but then, couldn't we always?

Today is Ben & Jerry's annual Free Cone Day, with area locations slinging free scoops of ice cream from Noon to 8 p.m. Find out where to get your free sugar fix after the jump.

As it does each year, Ben & Jerry's asks patrons participating in Free Cone Day to donate a few dollars to benefit a charity of its choice.